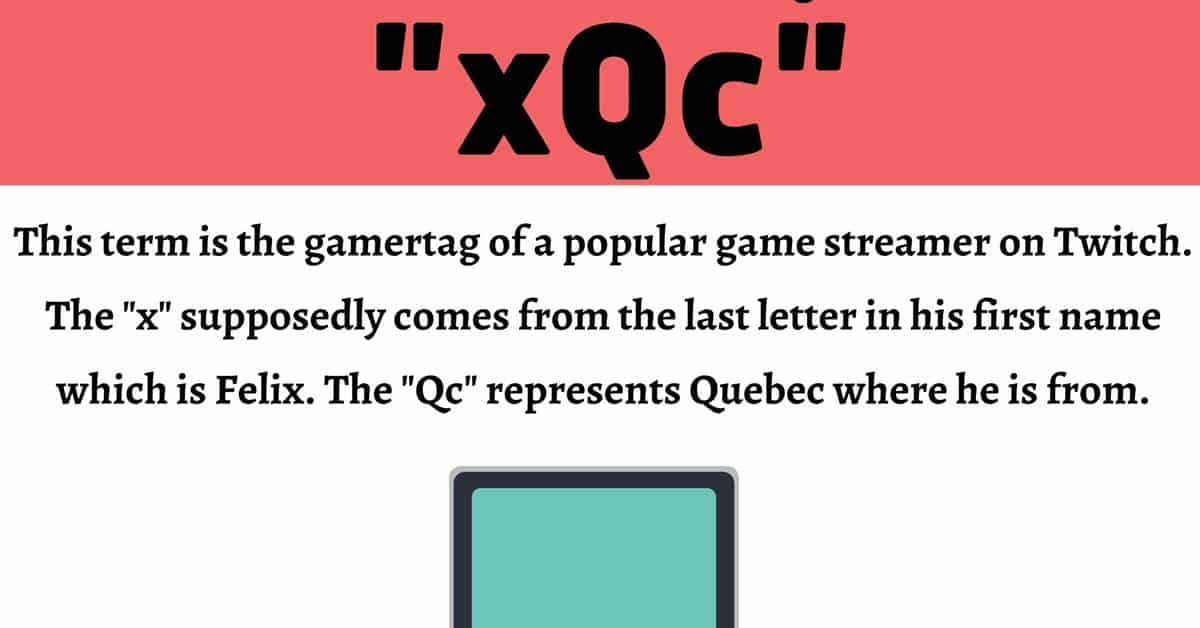 What Does xQc Mean? Unless you are a gamer who watches gameplay streams online, then you would not be familiar with the meaning of this term. However, have no fear! If you have arrived here because you were searching for the meaning of this term, then you have come to the right place. Not only will you find the meaning, but you will also discover details of its origin and some other possible meanings if there are any to be found. Some example conversations are provided for you as well so you can see how this term is correctly used in context. Finally, you will see some other words and/or phrases that you can use to represent this term if it is possible to do so without changing its meaning.

What Does xQc Mean?

This term is the gamertag of a popular game streamer on Twitch. The “x” supposedly comes from the last letter in his first name which is Felix. The “Qc” represents Quebec where he is from. He is popular for being a professional player of the game Overwatch and talking extremely fast. He later added “OW” to his name to stand for the game that he is most known for streaming.

This Twitch user began to stream his games in 2015. He was a fan of video games such as WoW and Warcraft III and started his channel as a means for company since he didn’t like to play alone. In 2016, he began playing and streaming his gameplay while playing Overwatch and viewers quickly realized his skills. As of December 2019 when this was written, he has gained nearly two million followers and continues to stream regularly.

There are no synonyms that you could use to represent this term because it is the official name of someone that is well-known on the internet for what he does. Using anything else to try to represent his name would change its meaning and no longer refer to him. 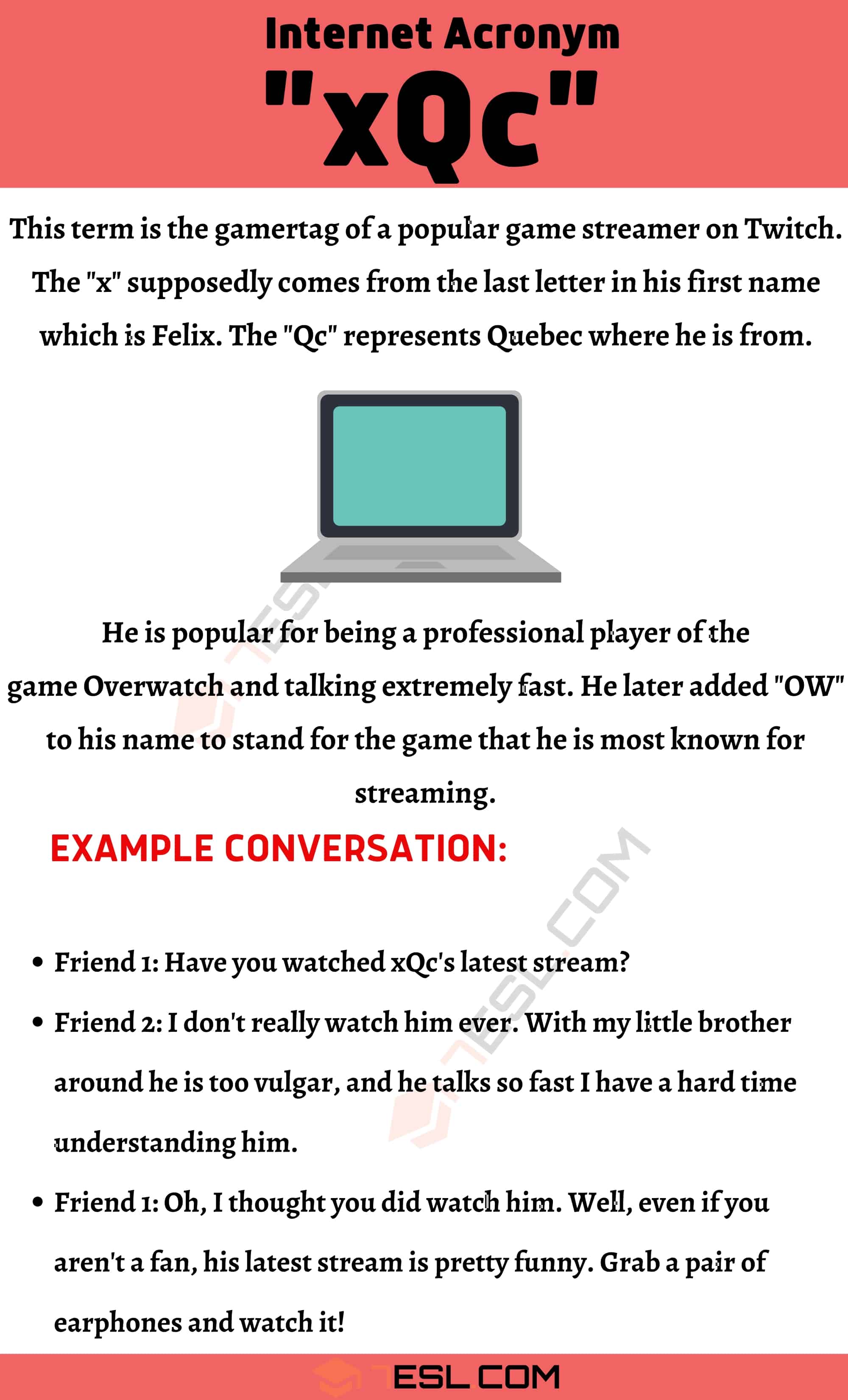