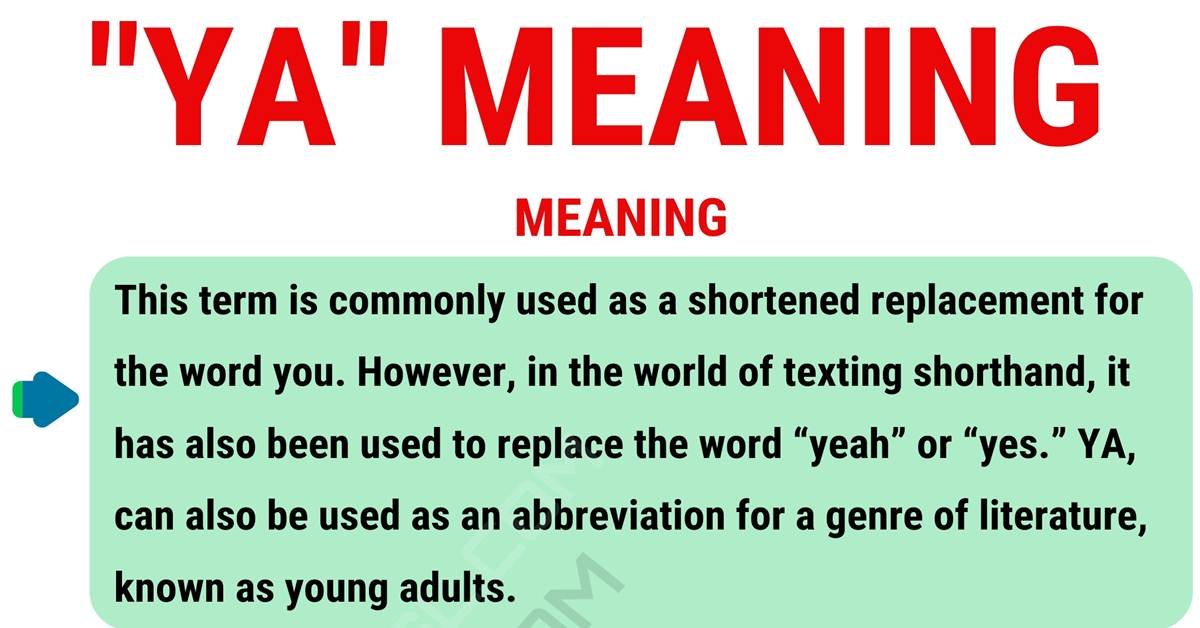 “Ya” is a popular texting abbreviation that can be perceived in many ways depending upon the intended audience. In this lesson, you will learn how to use the abbreviation with definition, origin and example conversations in English.

What Does “Ya” Mean?

This term is commonly used as a shortened replacement for the word you. However, in the world of texting shorthand, it has also been used to replace the word “yeah” or “yes.” YA, can also be used as an abbreviation for a genre of literature, known as young adults.

As aforementioned, “ya” has many usages in the literal and texting world. The noun usage as a shortened version of you, originated in the early 19th century. The informal interjection usage as a replacement for yeah, comes from Middle English.

“Ya” replacement for you, noun

Ya as a replacement for yeah, yes. (informal interjection)

Ya when using as reference for the literary genre, young adult

Additional variations or synonomic variances- ya

Y’all- Is a Southern originated formation of you and all. It can be used as a replacement for you, or ya when speaking in the noun sense.

Usage- Y’all is used as a plural contraction of you when speaking to or about more than one person. The singular abbreviated version of you is ya.

In this example, y’all is used as a contraction for you and all, as well as being used as the noun shortened replacement for you.

Yah– This is an alternative form of the informal interjection of ya, meaning yeah or yes. This is considered an adverb that is commonly used in countries such as Britain, India, South Africa, Australia and New Zealand.

This version of ya, is not as commonly used in the United States, as it is in other locations around the world. 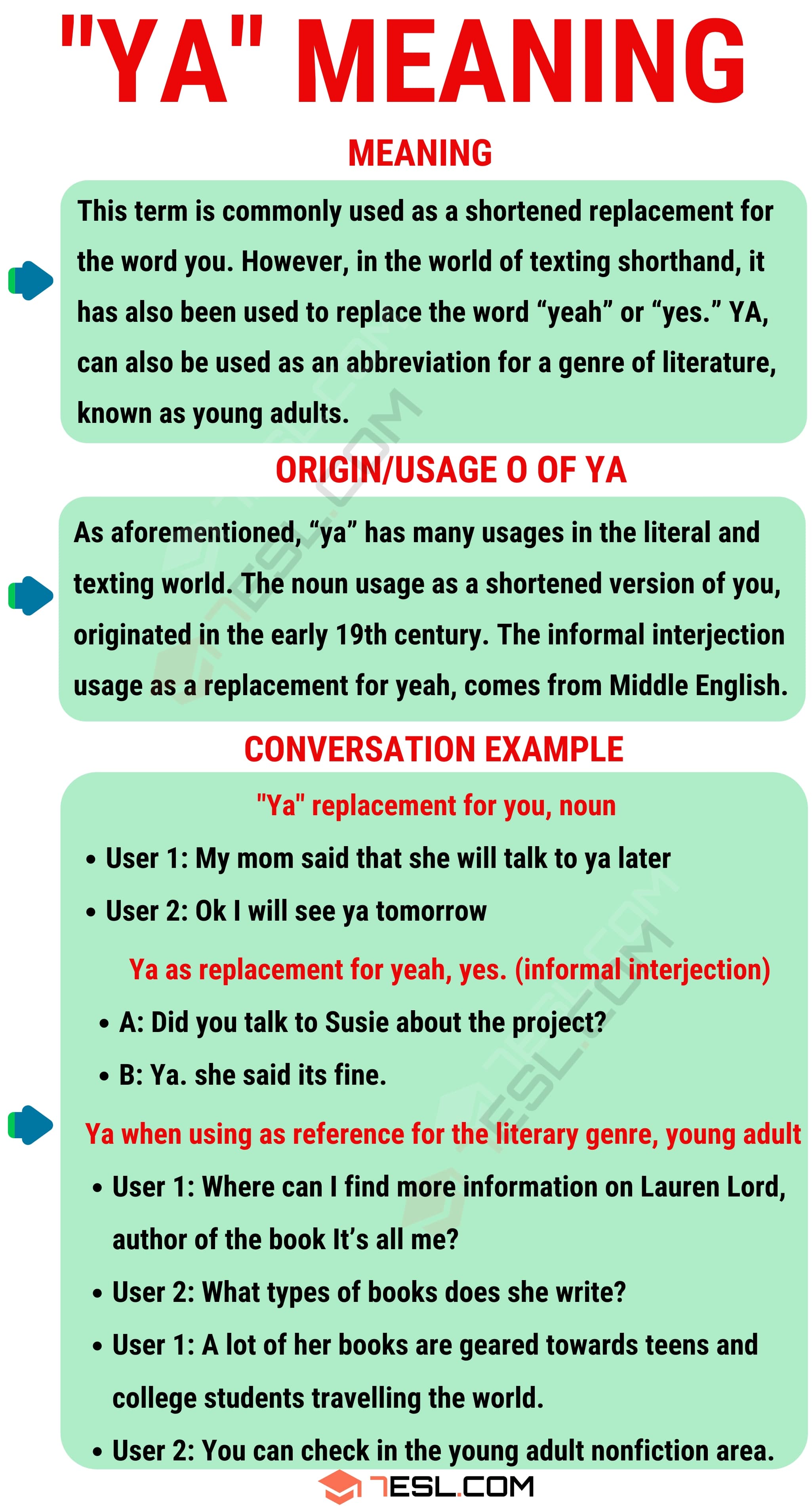