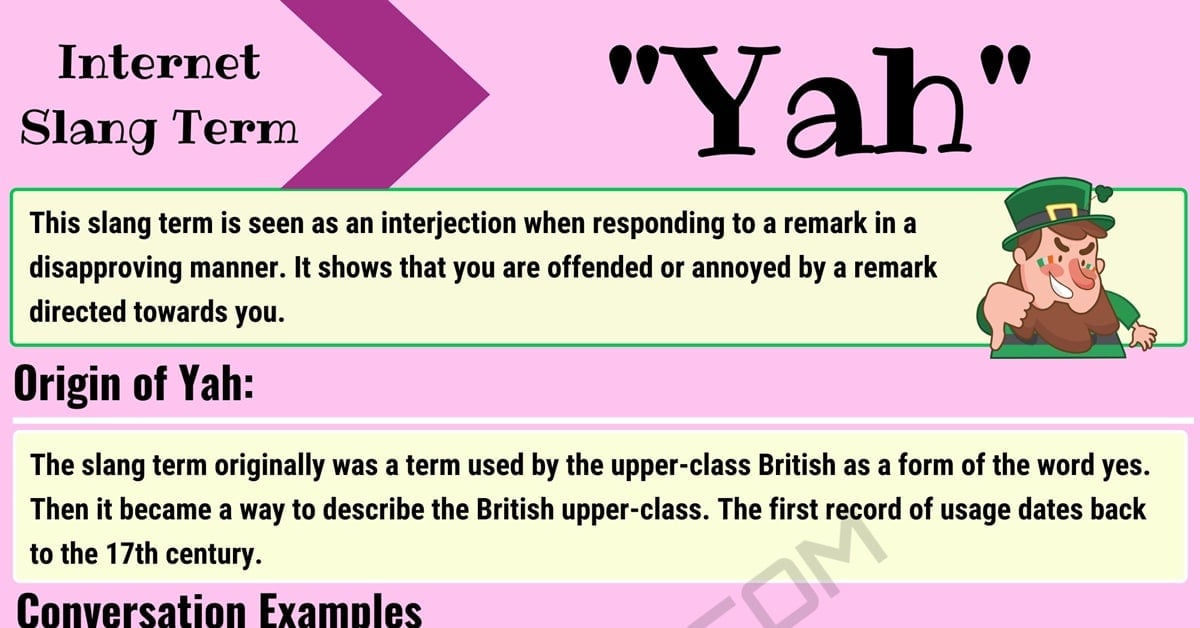 The slang term “yah” is often used as an interjectory response when texting or a form of the word yes, or yeah. Here you will find other usages for this term as well as the main definition, origin and other words that are related to yah. You will also see examples of how to use yah, in a sentence.

What Does “Yah” Mean?

This slang term is seen as an interjection when responding to a remark in a disapproving manner. It shows that you are offended or annoyed by a remark directed towards you.

The slang term originally was a term used by the upper-class British as a form of the word yes. Then it became a way to describe the British upper-class. The first record of usage dates back to the 17th century.

There are several other meanings for this slang term. Mostly originating from the British. Although it is known to have been used and originated from the British, the Koreans use this as an interjection. It can also be used as a one-word form of empathy when reading a long message. It has been used in British schools to describe a person that is an upper-class person. Within the Hebrew culture, it is seen as a shortened, spelling variation of Yah-Weh– which is Hebrew for God. It is most commonly seen when sending texts as an act of empathy.

This word has many spelling variations and synonyms. This includes words such as the following: 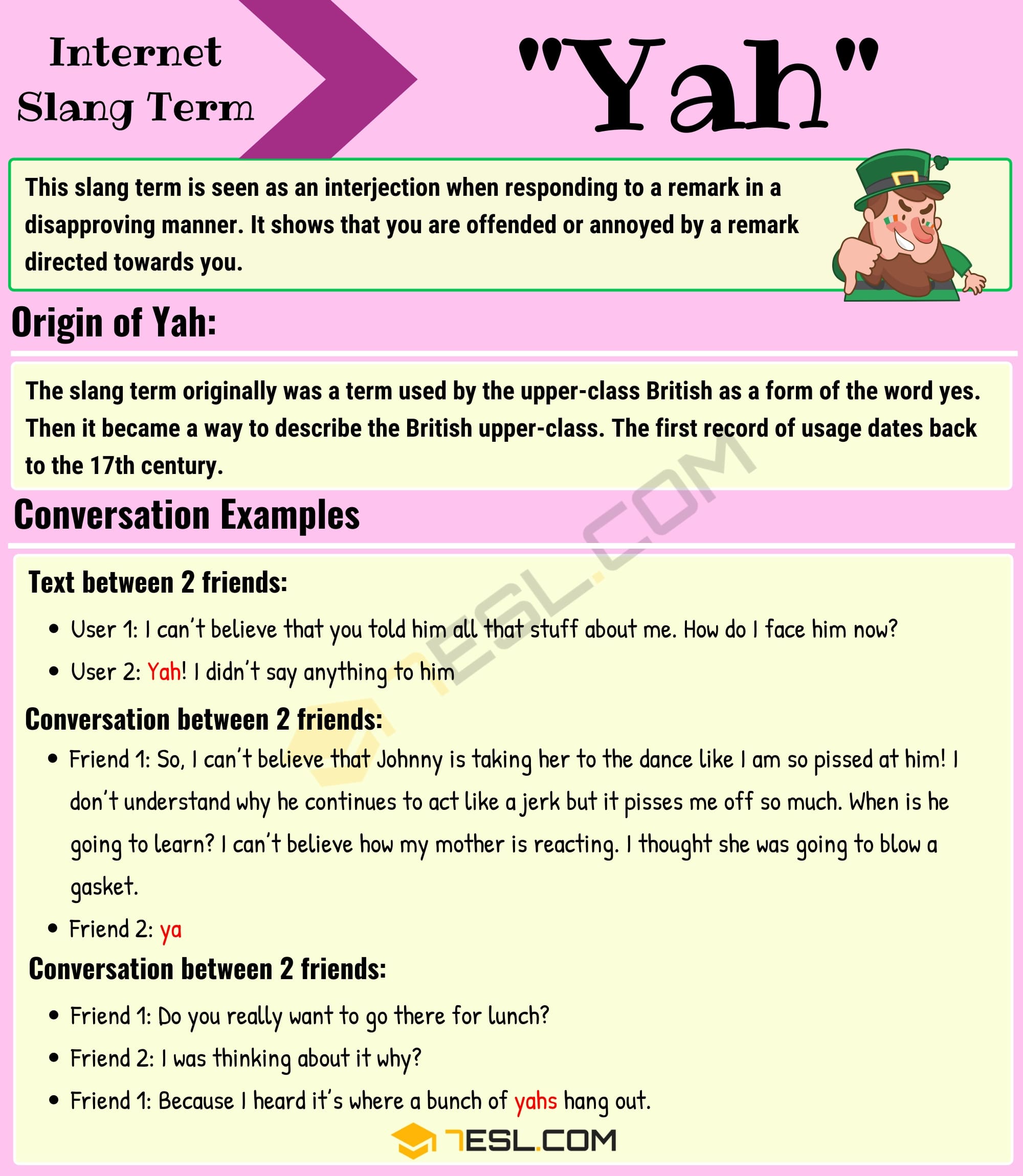