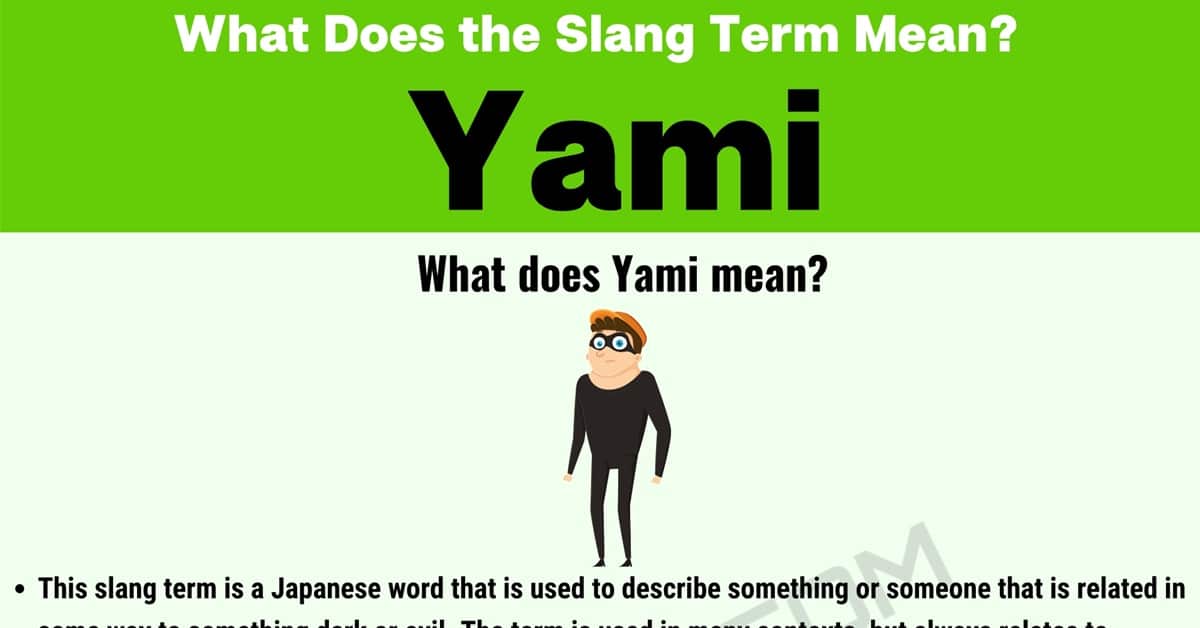 The slang term “yami” is another term that most likely sounds as if it comes from the Japanese or Chinese language, and if you thought so then you would be correct. However, even if you have managed to figure that out already, you are probably still wondering what the term means which inevitably lead you here.

You are in luck because here you will gain knowledge about the meaning, the origin, and some optional meanings of the term if there are any to be found. There are also some conversation examples provided to help you understand the term better by seeing it used in context. Finally, you will discover some synonyms for this term that can be used interchangeably to replace this term but not change the meaning of a thought or statement.

What Does Yami Mean?

This slang term is a Japanese word that is used to describe something or someone that is related in some way to something dark or evil. The term is used in many contexts, but always relates to darkness, evil, or black in color.

There is no specific origin information to be found regarding this term.

There are several words that you could use in place of this term and still keep its same meaning. Some other words you could use, depending on context, include: 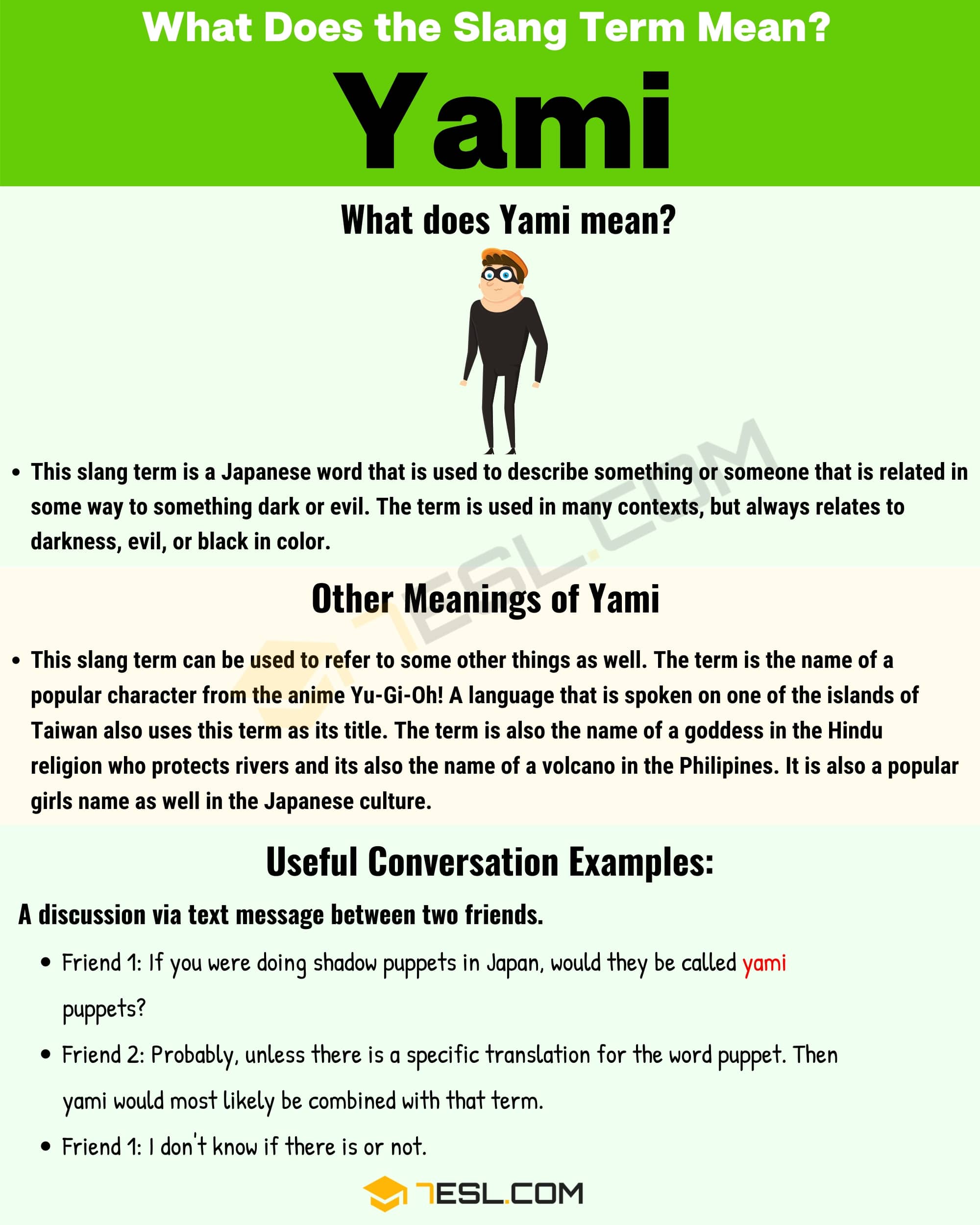