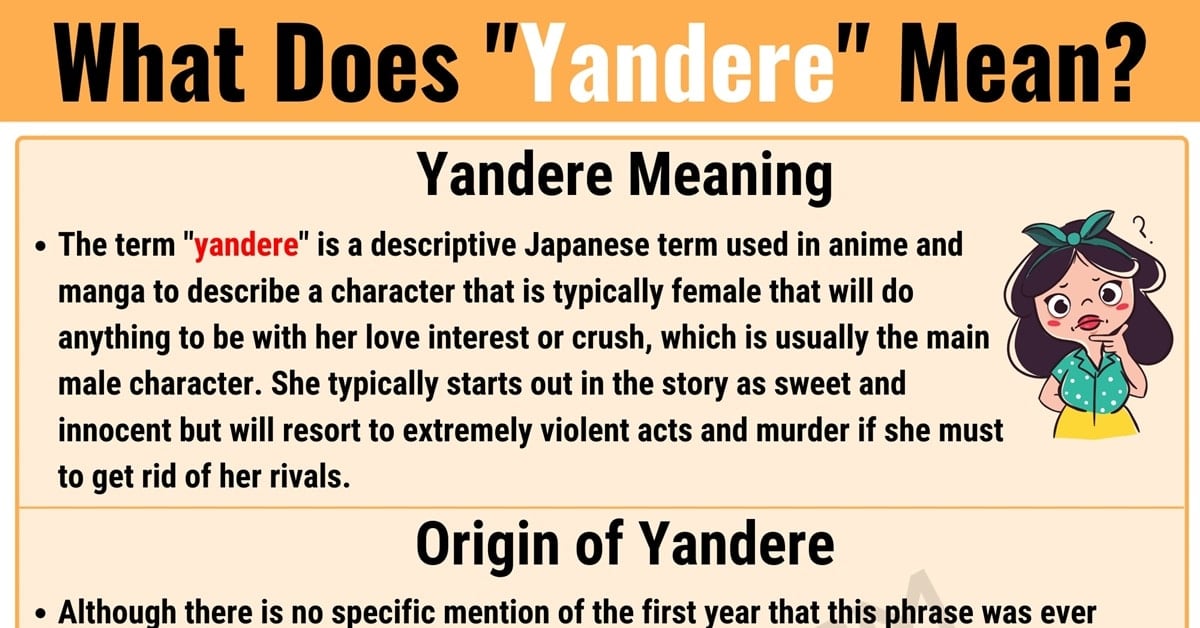 The slang term “yandere” is a term you may have heard in passing depending on where you visit on the internet and what your interests are. If you have heard this term before and were left wondering what it means, then your search is over.

Here you will not only find the meaning of this term, but you will also find information about its origin, some optional meanings if there are any that exist, and you will find some example conversations using the term in the correct context to help you further understand its meaning. The article will wrap up with some suggested words or phrases that you can use as synonyms in place of “yandere” to convey the same meaning.

What Does Yandere Mean?

The term “yandere” is a descriptive Japanese term used in anime and manga to describe a character that is typically female that will do anything to be with her love interest or crush, which is usually the main male character. She typically starts out in the story as sweet and innocent but will resort to extremely violent acts and murder if she must to get rid of her rivals.

Although there is no specific mention of the first year that this phrase was ever recorded to describe such characters in anime, it is said that this term was derived from two other Japanese words. The first word the term is derived from is “yanderu” which means “mentally sick.” The second word is “deredere” which in this sense means “lovesick.” The two words were combined to form the term and the definition of a character who is so emotionally attached to her love or crush that she becomes mentally unstable and willing to do anything for him to be with only her.

There are currently no other known meanings for this term at this time.

There are many alternative words and phrases that you could use instead of using the word “yandere” to convey the same meaning. Some of the other things you could say include: 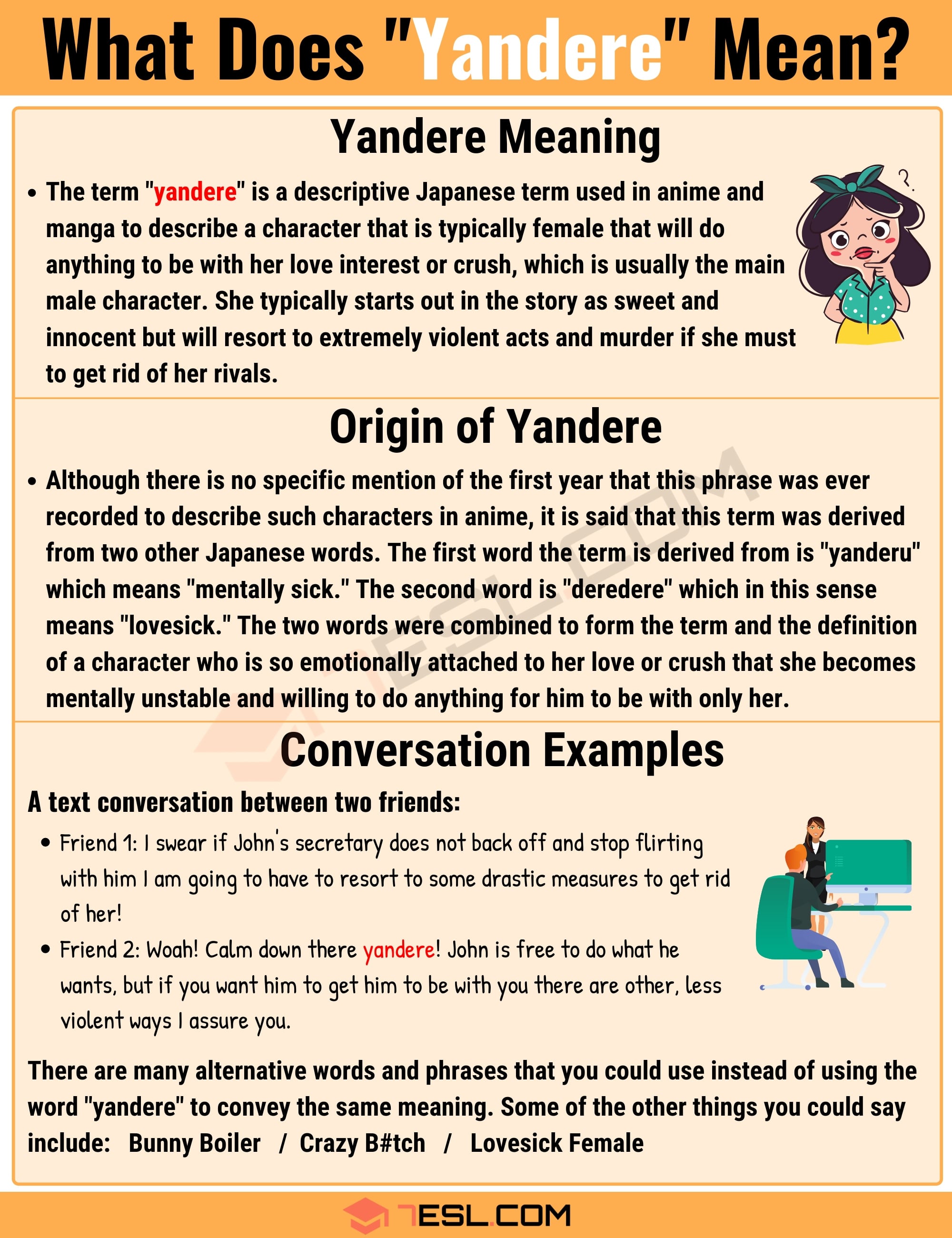 how do you pronounce it???