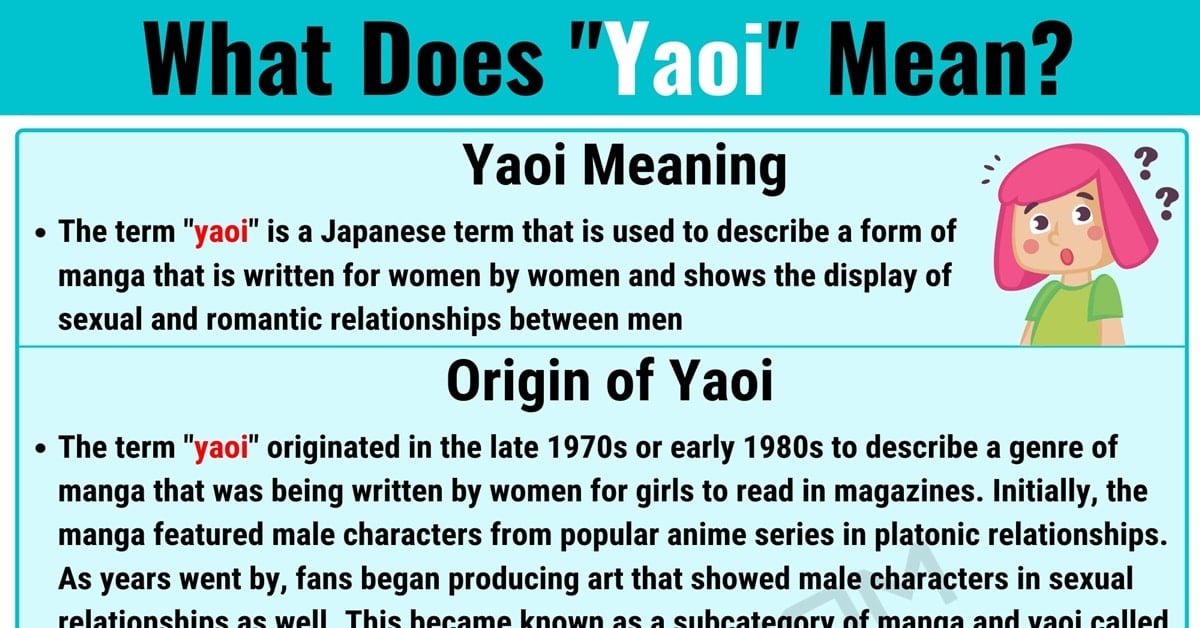 “Yaoi” is a term that you may have heard if you travel in certain circles online. However, if you don’t, then this term may be foreign to you and leave you wondering what it means. Here you will find the meaning of this slang term, the origin of the word, and some possible other meanings of the word if there are any that exist.

You will also find some example conversations using this term correctly to help you further understand its meaning and some alternative words or phrases you can use its place that are similar in meaning.

What Does Yaoi Mean?

The term “yaoi” is a Japanese term that is used to describe a form of manga that is written for women by women and shows the display of sexual and romantic relationships between men.

The term “yaoi” originated in the late 1970s or early 1980s to describe a genre of manga that was being written by women for girls to read in magazines. Initially, the manga featured male characters from popular anime series in platonic relationships. As years went by, fans began producing art that showed male characters in sexual relationships as well. This became known as a subcategory of manga and yaoi called boy love.

Yaoi is considered a Japanese term, but it was derived as an acronym to represent the Japanese phrase “yamanashi ochinashi, iminashi” which translates in English to “no climax, no point, no meaning.” The defining factor of “yaoi” is that the story and drawings always focus on the homosexual labels of a top and bottom in a relationship.

In western Japan, the term is used in a less restrictive way to describe any manga that depicts the relationship between two male characters.

There are some words and phrases that you could use in place of the term “yaoi” to represent the term and convey the same meaning. Some of the words or phrases you could use instead include: 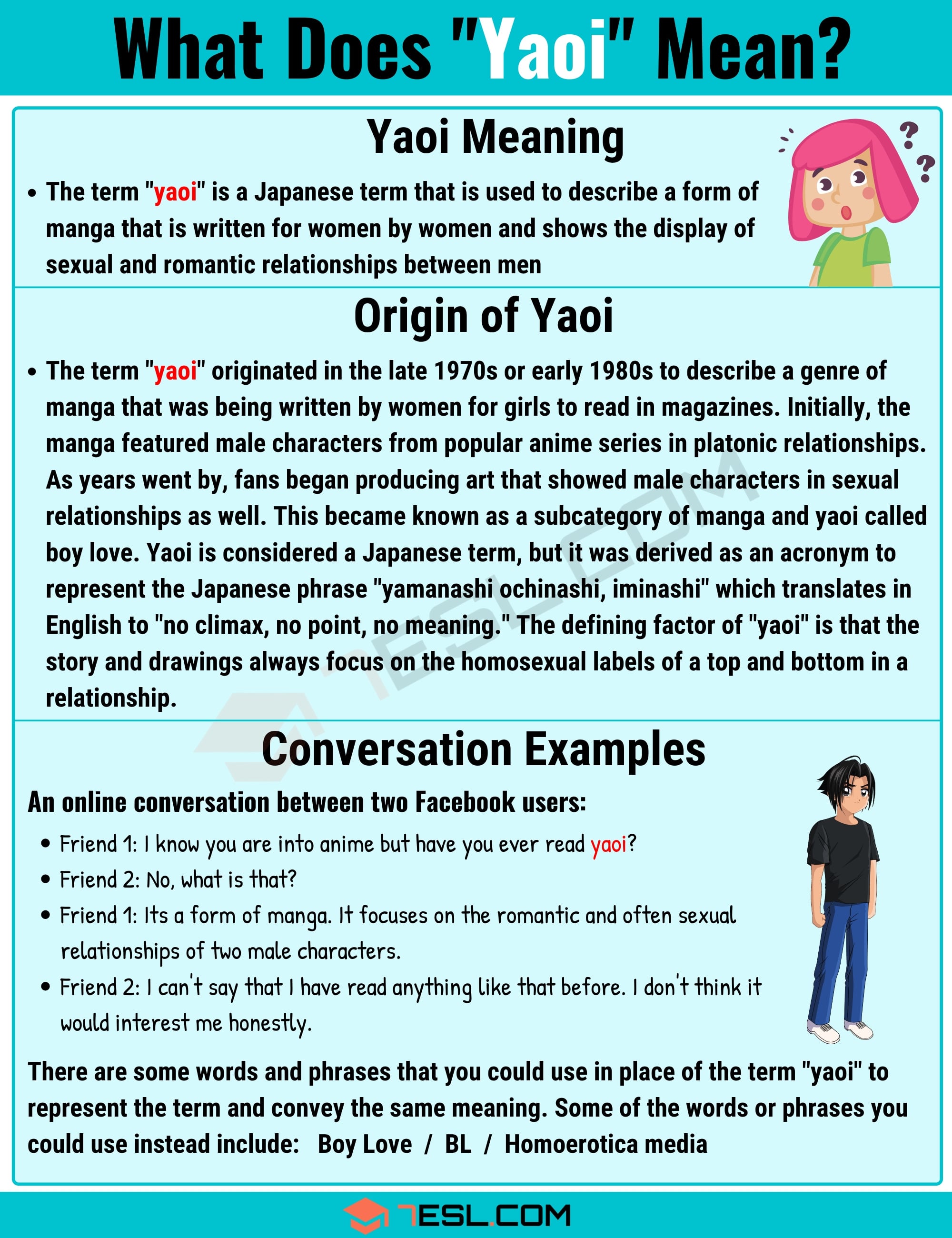