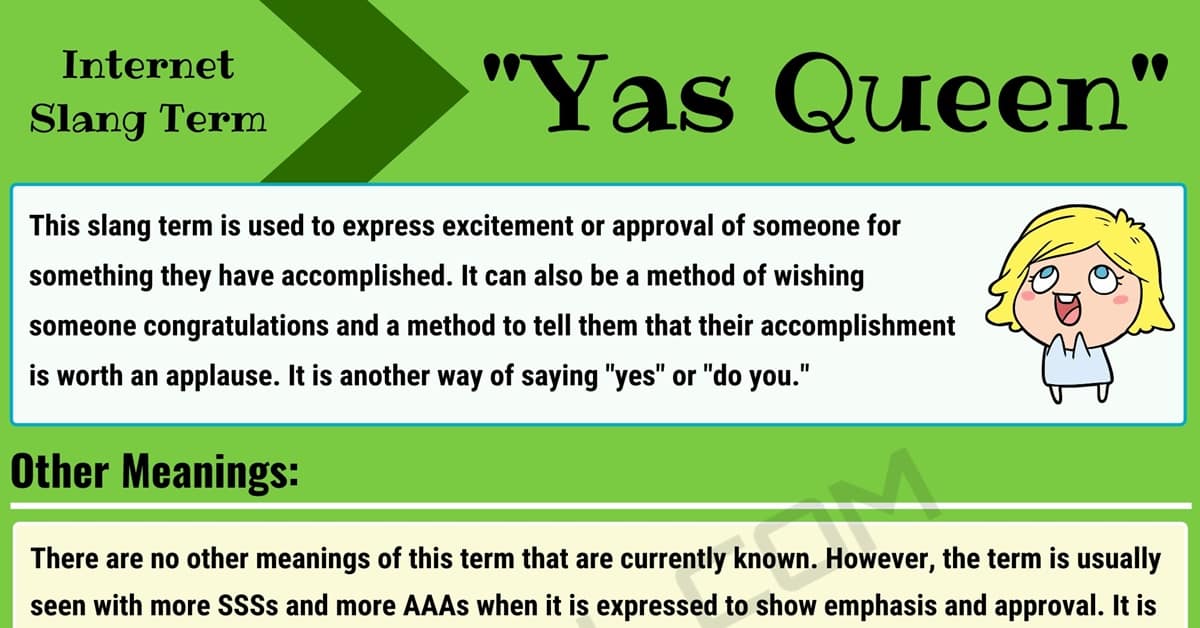 The slang term “yas queen” is a relatively new form of slang even though both terms have existed separately for quite some time. If you have heard or seen this slang phrase used and were left wondering about its meaning, then your search ends here. Below you will find all the information you ever needed to know such as the meaning, the origin, and some other meanings if there are any to be found.

Conversation examples are provided for you here also to learn how to use the term properly in context and to gain more of an understanding of the term’s definition. Finally, you will learn some like words with similar meanings that you can use to replace this particular slang term in a conversation.

What Does Yas Queen Mean?

This slang term is used to express excitement or approval of someone for something they have accomplished. It can also be a method of wishing someone congratulations and a method to tell them that their accomplishment is worth an applause. It is another way of saying “yes” or “do you.”

These two terms originated separately and were then paired together. The first term “yas” originated first during the 1980s. The term was first used popularly among the LGBT, specifically the sub genre known as ball culture. It was used as a more emphasized and emphatic way of saying “yes” as response to someone doing something fabulous. The term “queen” was first used to define a drag queen and was first viewed as an insult to the gay community. However, the term was finally embraced by the community and flipped to something positive.

The two terms were at some point combined to form this slang phrase. Popularity soon followed due to its use on popular television shows and movies. It has been used widely since at least 2015 but it may have been used longer as no one is certain of the first time it was used. The term has become so popular that t is now used by everyone and not just the LGBT+ community.

There are no other meanings of this term that are currently known. However, the term is usually seen with more SSSs and more AAAs when it is expressed to show emphasis and approval. It is also sometimes spelled “yas kween” as well.

There are several words or phrases that you could use as a means to replace this term in conversation that do not differ much from the original term’s meaning. Some other the other words or phrases you might use instead include: 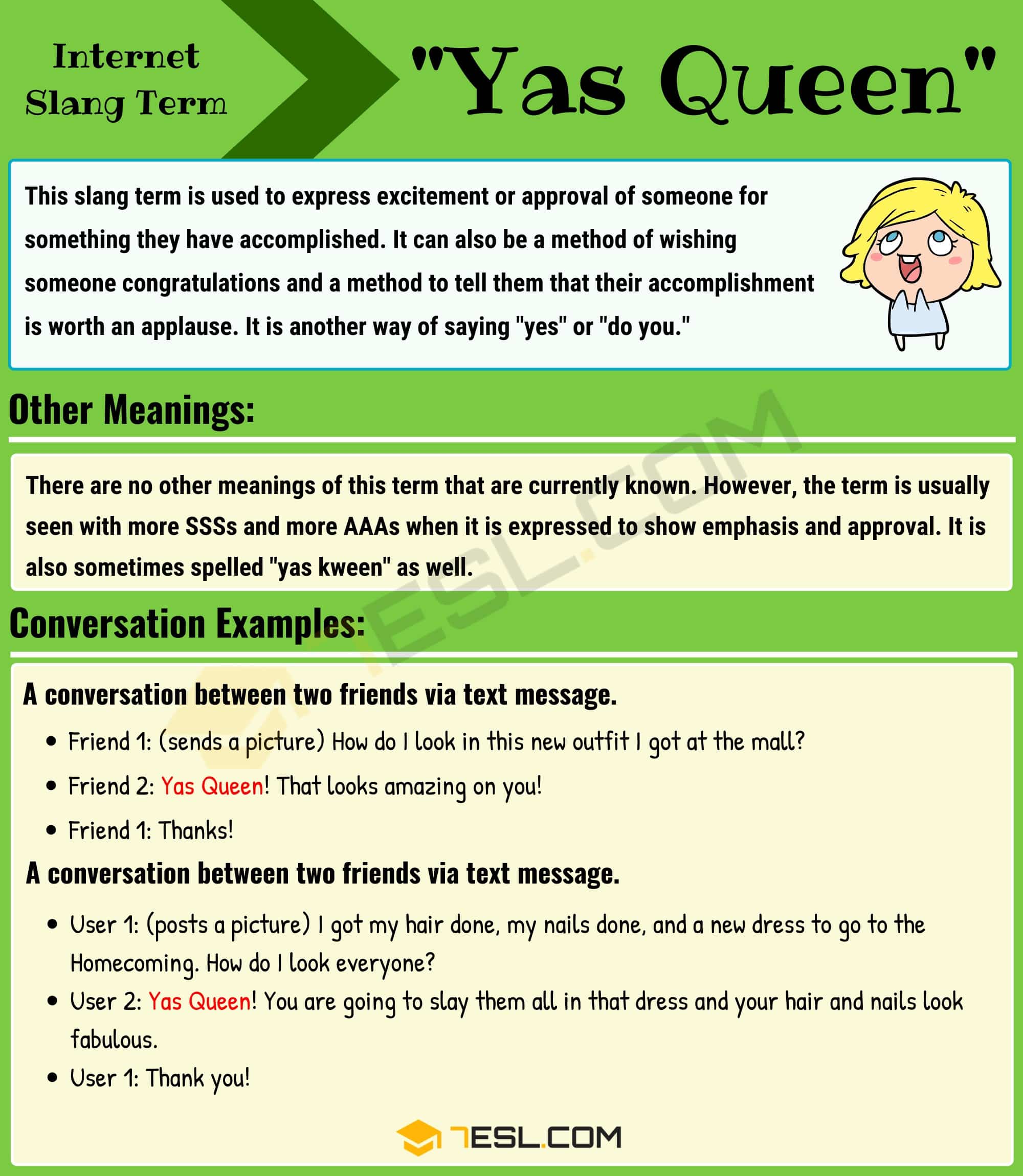