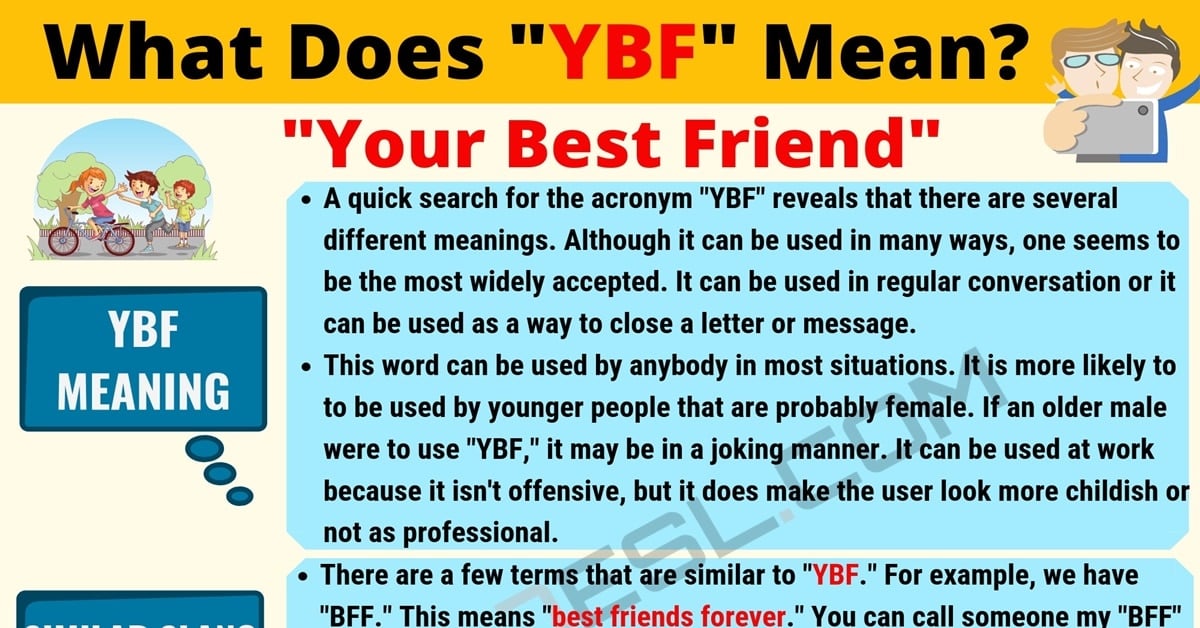 What does YBF mean? What is the definition of this internet acronym? Learn how and when to use this text abbreviation with ESL infographic and useful conversation examples in English.

What Does YBF Mean?

In most cases, “YBF” refers to “your best friend.”

A quick search for the acronym “YBF” reveals that there are several different meanings. Although it can be used in many ways, one seems to be the most widely accepted. It can be used in regular conversation or it can be used as a way to close a letter or message.

This word can be used by anybody in most situations. It is more likely to be used by younger people that are probably female. If an older male were to use “YBF,” it may be in a joking manner. It can be used at work because it isn’t offensive, but it does make the user look more childish or not as professional.

There are a few terms that are similar to “YBF.” For example, we have “BFF.” This means “best friends forever.” You can call someone my “BFF” or your “BFF.” By dropping the final “F,” we can create “BF” which means “best friend.” Depending on the context, “bf” and “gf” can also mean “boyfriend” and “girlfriend.”

Let’s see how this online slang term is used:

In this first example, we see two friends talking about a trip with one of their mutual friends. Friend 1 is very upset because Craig forgot about their trip. Friend 2 uses “YBF” to say that she thought Craig was Friend 1’s “best friend.” However, Friend 1 is beginning to question their relationship after he decided to cancel.

How’s it going? I’ve been busy with my new job and family but I’m having a good time. It was nice catching up with you last week. We should hang out again sometime. I’m sure my family would love to meet you. Talk to you later!

This last example shows an email sent from Dan to his friend, John. This is a typical type of email. At the end of the email, he signs it “YBF.” This means that he believes their relationship is on the level of “best friends.”

Here is the other meanings of YBF: 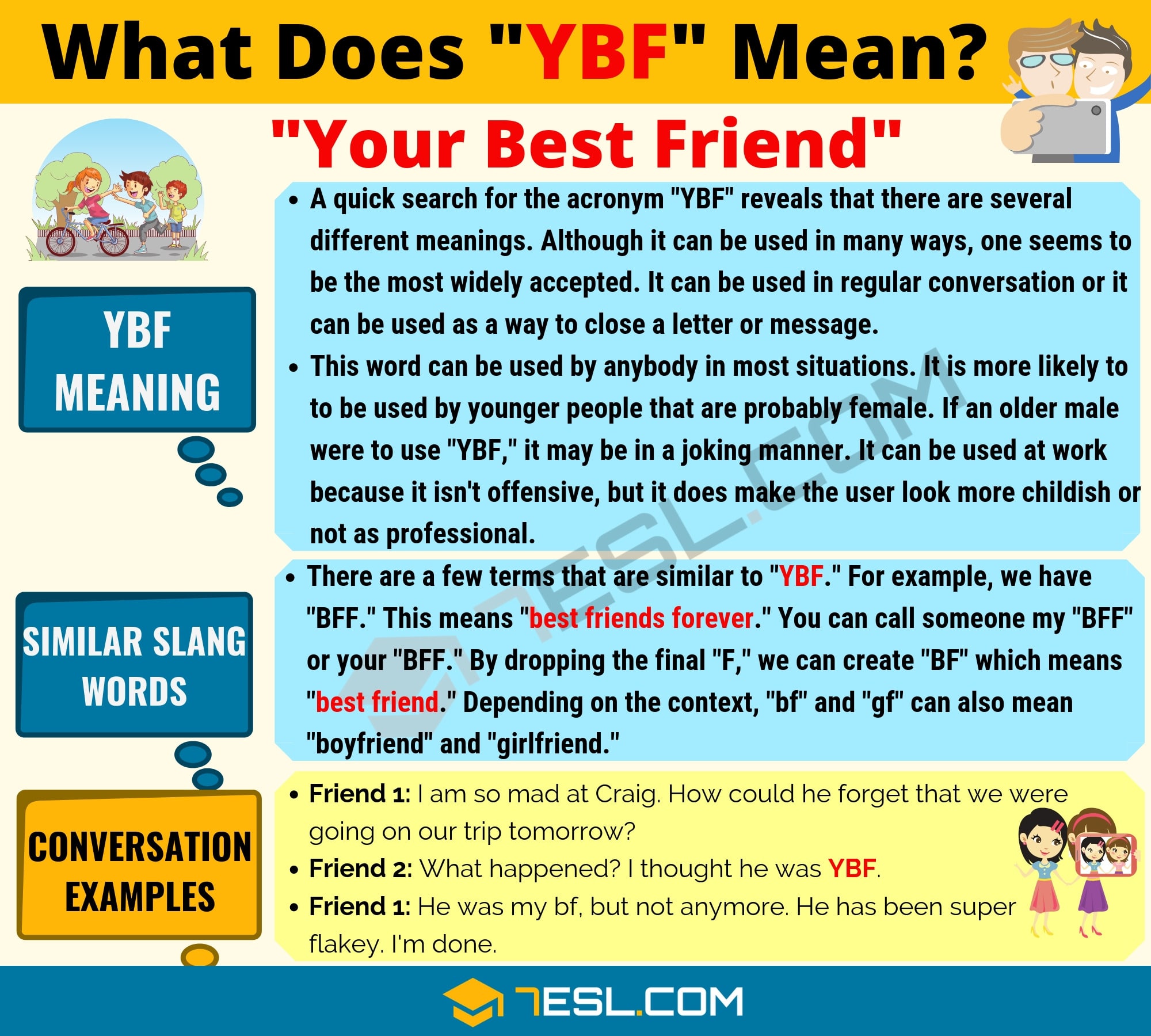 Other Ways To Say “Your Best Friend”

Synonyms for “YBF” with Examples