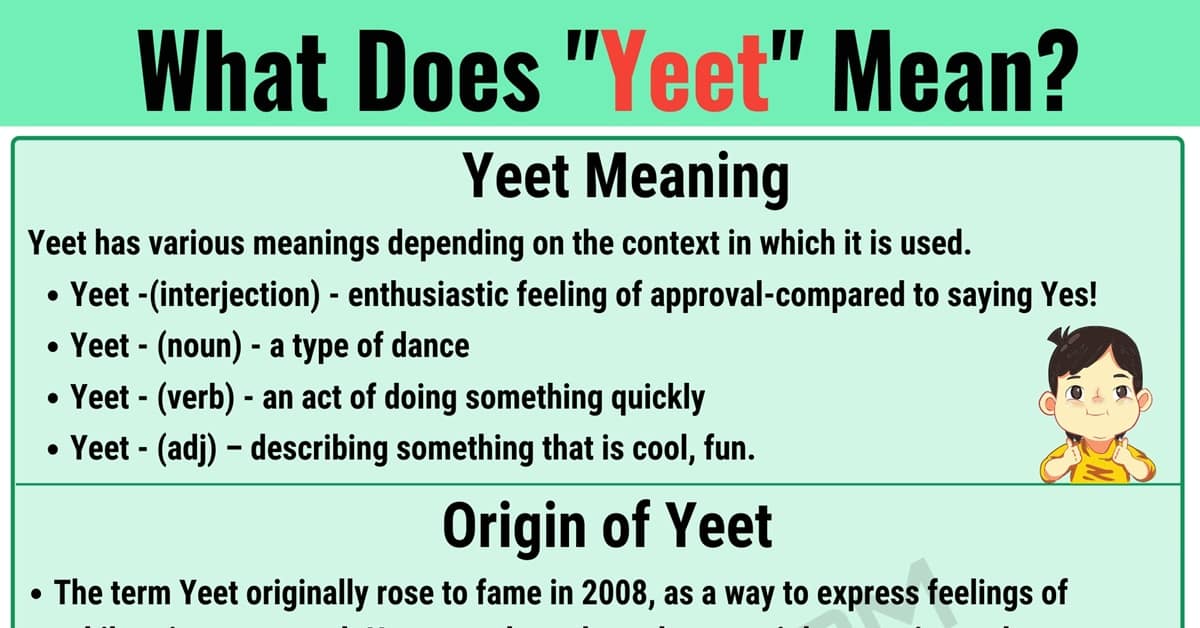 What does “yeet” mean? Are you searching for the meaning of yeet? Learn the definition and how to use this internet slang word with ESL picture and useful text conversations in English.

Yeet is one of many slang words where the popularity fades away and resurfaces after going viral. This term is quickly popularized and just as quick to wear out.

What Does “Yeet” Mean?

Yeet has various meanings depending on the context in which it is used.

The term Yeet originally rose to fame in 2008, as a way to express feelings of exhilaration or arousal. However, throughout the years it has continuously resurfaced in various forms.

Yeet resurfaced as a viral dance on vine, then followed by a hip hop song. In the silence of the usage of the term, yeet once again appeared to go viral in 2016. This time it went viral as a form of excited force of throwing something out.

As the popularity of using memes gained popularity, yeet was resurrected in 2018-in memes. This time yeet was used as a parody referencing the over usage of the word.

Other terms or phrases related to Yeet are as follows:

Past tense is referred to as yeeted – where should be yote. 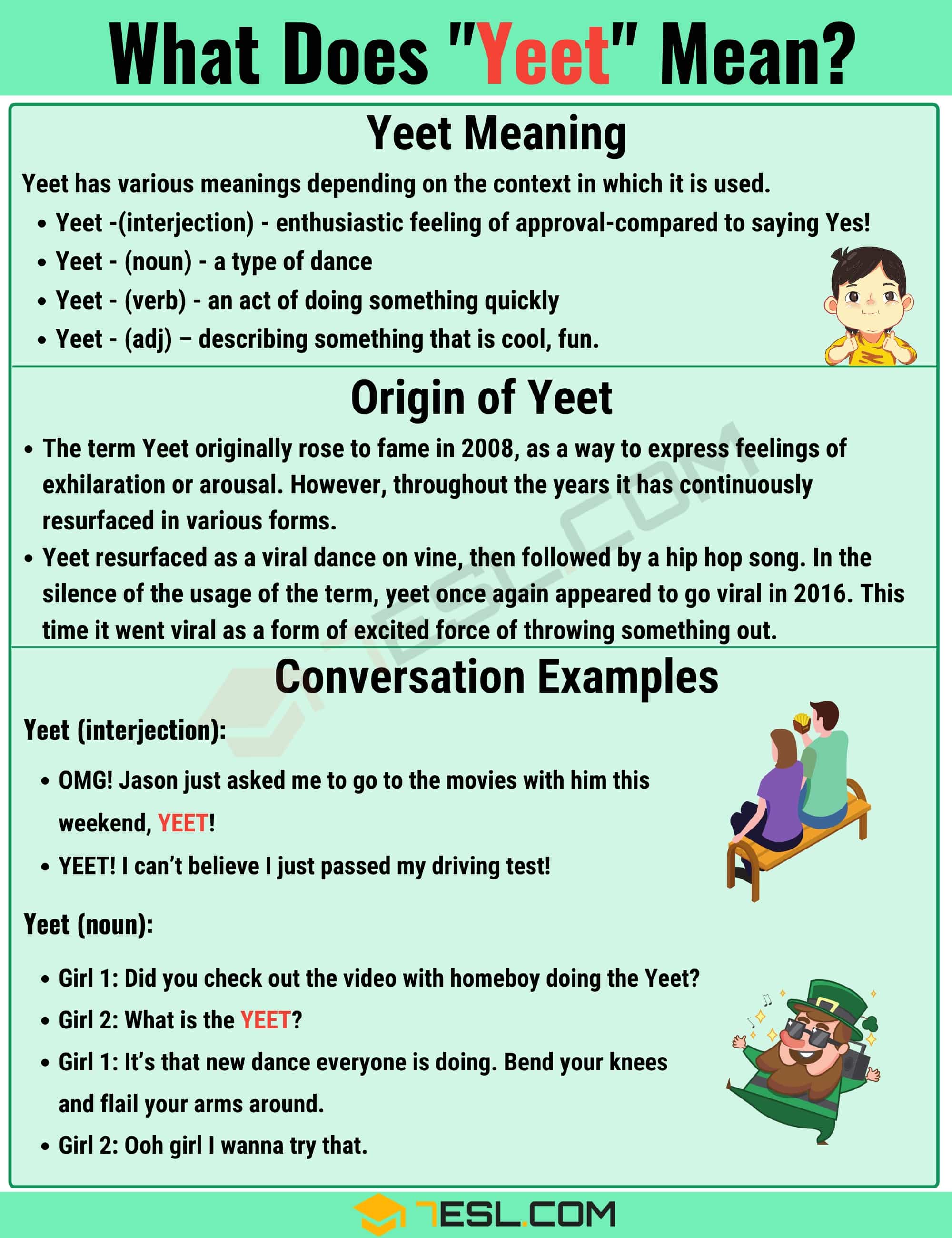 You might want to update your graphic, because it currently says “Yet – (adj) – describing something that is cool, fun,”

So, obviously, you mean Yeet, and… no comma after fun.

this is very wrong, this is not how it is used at all. its used when throwing something or yeeting your meat