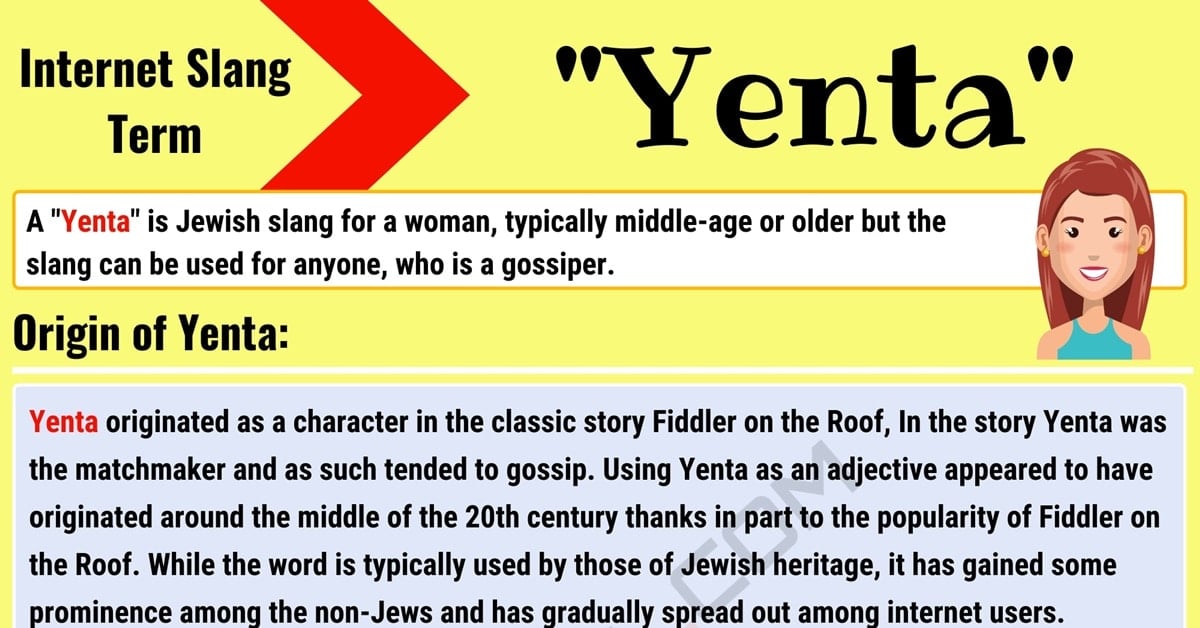 Yenta is a slang word typically used among those of Jewish heritage. The following lesson provides the definition and the usage of this online slang term with ESL infographic and useful texting conversations in English.

What Does Yenta Mean?

A “Yenta” is Jewish slang for a woman, typically middle-age or older but the slang can be used for anyone, who is a gossiper.

Yenta originated as a character in the classic story Fiddler on the Roof, In the story Yenta was the matchmaker and as such tended to gossip. Using Yenta as an adjective appeared to have originated around the middle of the 20th century thanks in part to the popularity of Fiddler on the Roof. While the word is typically used by those of Jewish heritage, it has gained some prominence among the non-Jews and has gradually spread out among internet users.

The meaning of Yenta can also refer to a matchmaker or someone who is pushy or noisy. The meaning, of someone who’s a gossiper, matchmaker, or is noisy, is easily interchangeable.

Yenta is typically always spelled with an uppercase Y, but spelling it just as yenta with a lowercase Y isn’t uncommon either. “Yent” is sometimes seen as an abbreviation to Yenta but it’s very rare and is normally the result of a misspelling. 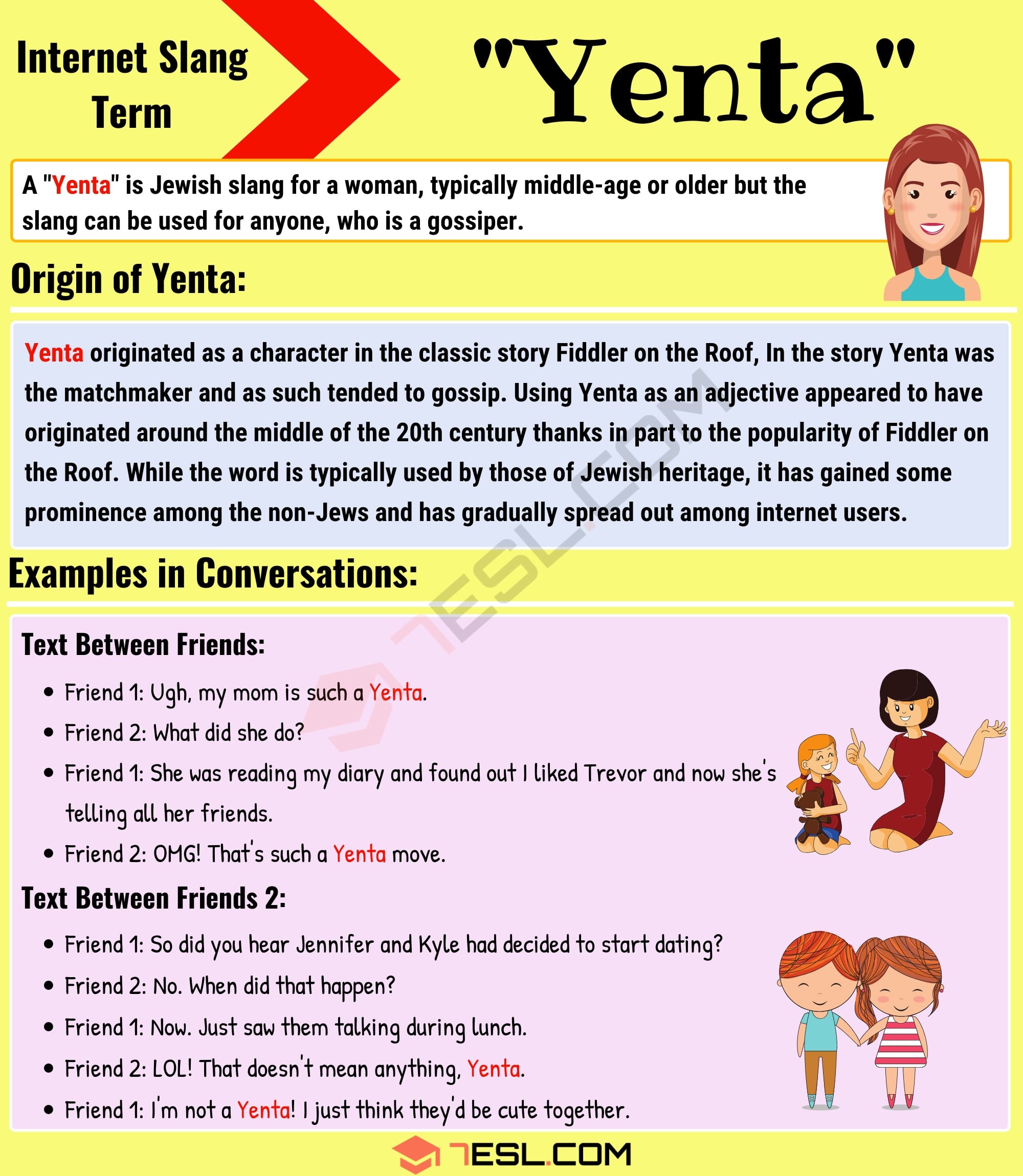 I am a Yenta because my name is just that……was given to me by my adoptive parents, not by birthright. Take it as you may, I’m a Yenta everyday!! 💋😷