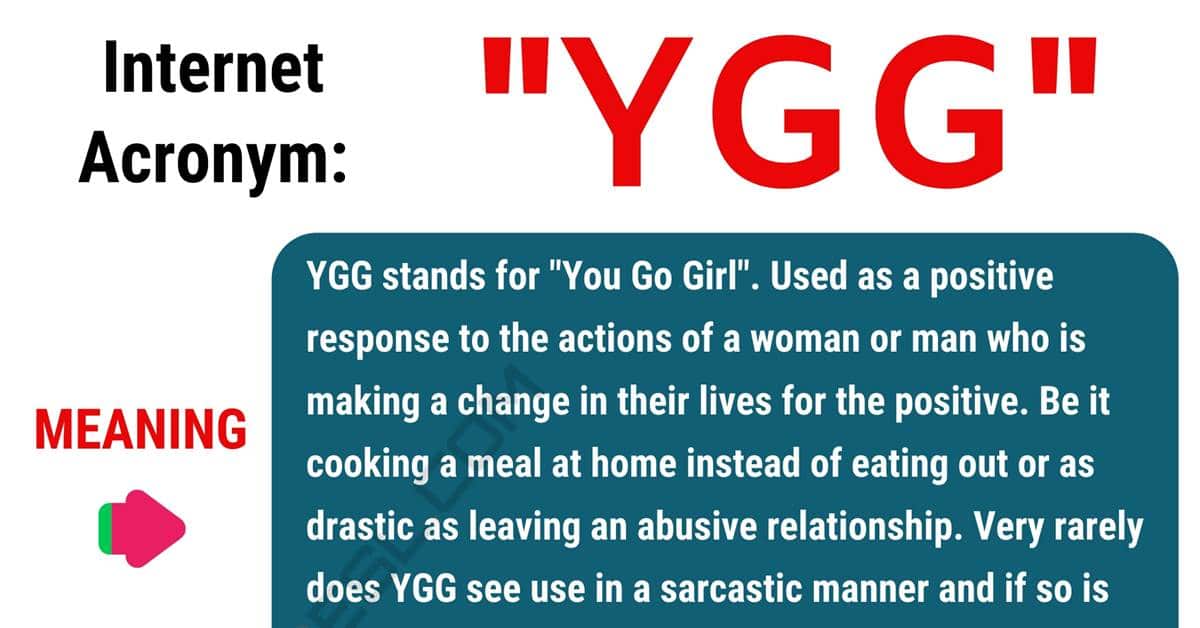 YGG Meaning! Are you looking for the meaning of the acronym YGG? In this lesson, you will learn the meaning, origin of it with useful example conversations.

What Does YGG Mean?

YGG stands for “You Go Girl”. Used as a positive response to the actions of a woman or man who is making a change in their lives for the positive. Be it cooking a meal at home instead of eating out or as drastic as leaving an abusive relationship. Very rarely does YGG see use in a sarcastic manner and if so is aimed at those viewed as effeminate.

There is no other meanings recorded using the acronym YGG.

Like all acronyms, YGG can be spelled in either all lowercase or capital case letters. When fully typed out as “You Go Girl”, an S can be added to Girl to make “You Go Girls”. While there is no need for change if the S is added, some users online will write “YGGs”. 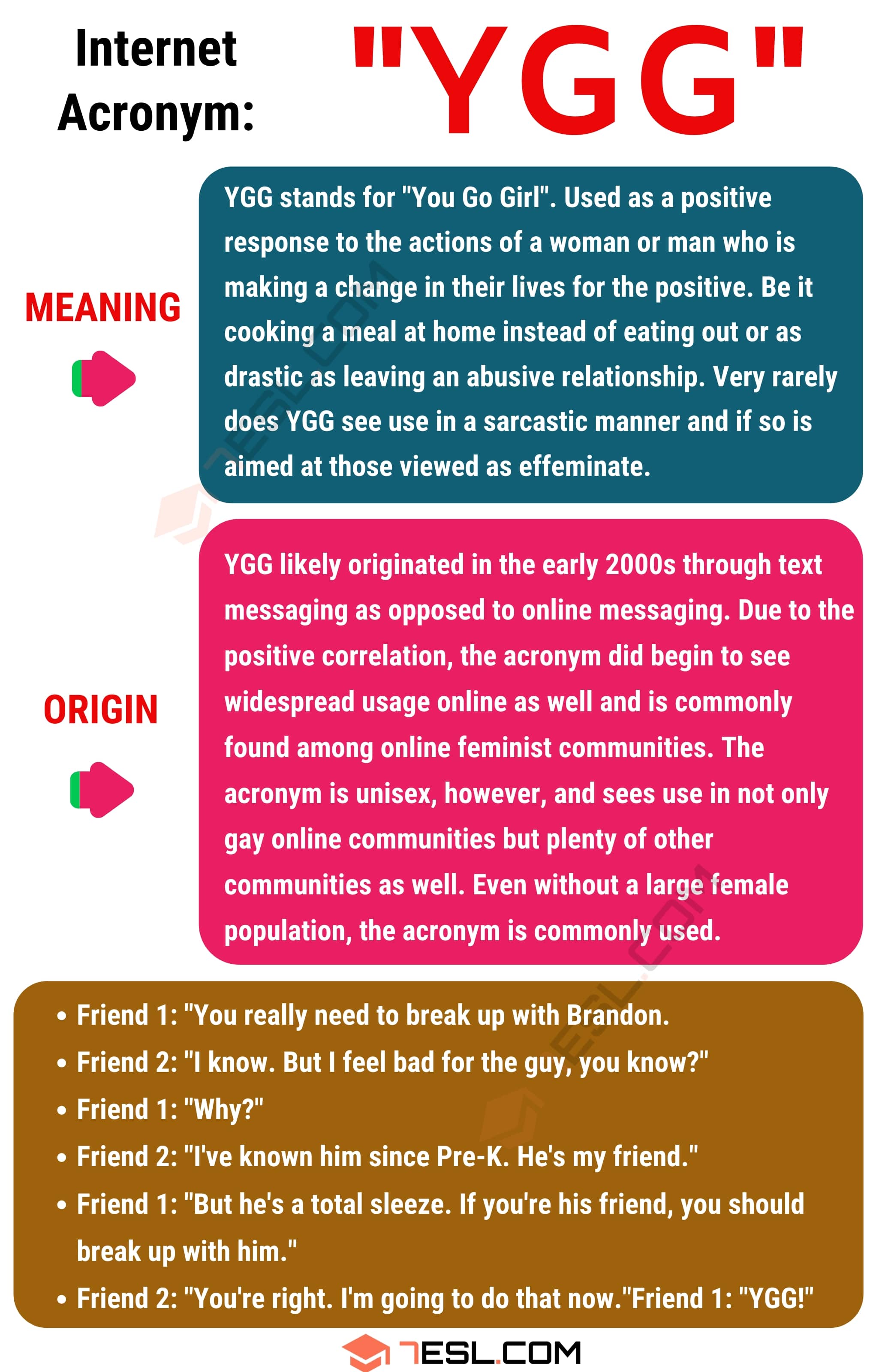