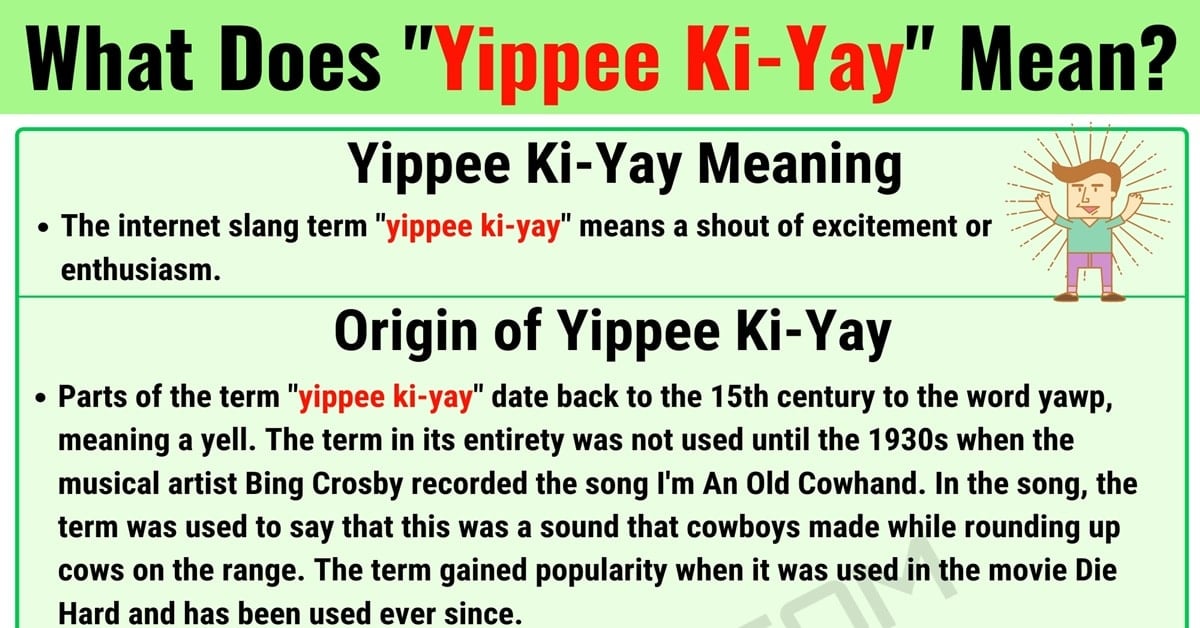 Here you will find the meaning of this term and the information available regarding its origin. You will also find other meanings of the word if any exist and examples of the term used properly in conversation. Finally, you will see suggestions of other terms you can use to convey the same meaning.

What Does Yippee Ki-Yay Mean?

The internet slang term “yippee ki-yay” means a shout of excitement or enthusiasm.

Parts of the term “yippee ki-yay” date back to the 15th century to the word yawp, meaning a yell. The term in its entirety was not used until the 1930s when the musical artist Bing Crosby recorded the song I’m An Old Cowhand. In the song, the term was used to say that this was a sound that cowboys made while rounding up cows on the range. The term gained popularity when it was used in the movie Die Hard and has been used ever since.

There are no other meanings of this phrase mentioned on the internet about this term.

A text exchange between two friends about going to see a new movie:

An online chat between two players engaged in an online game: 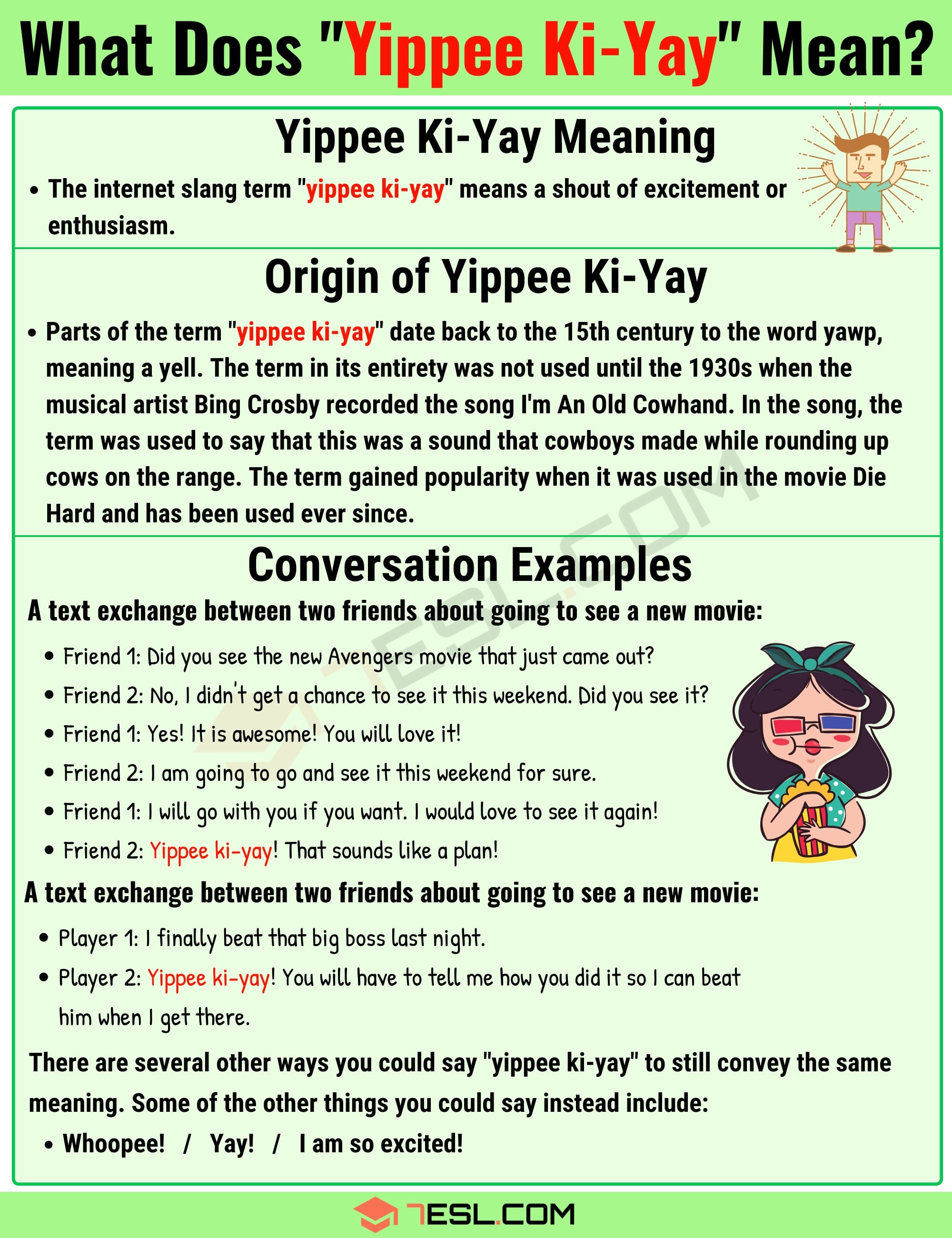