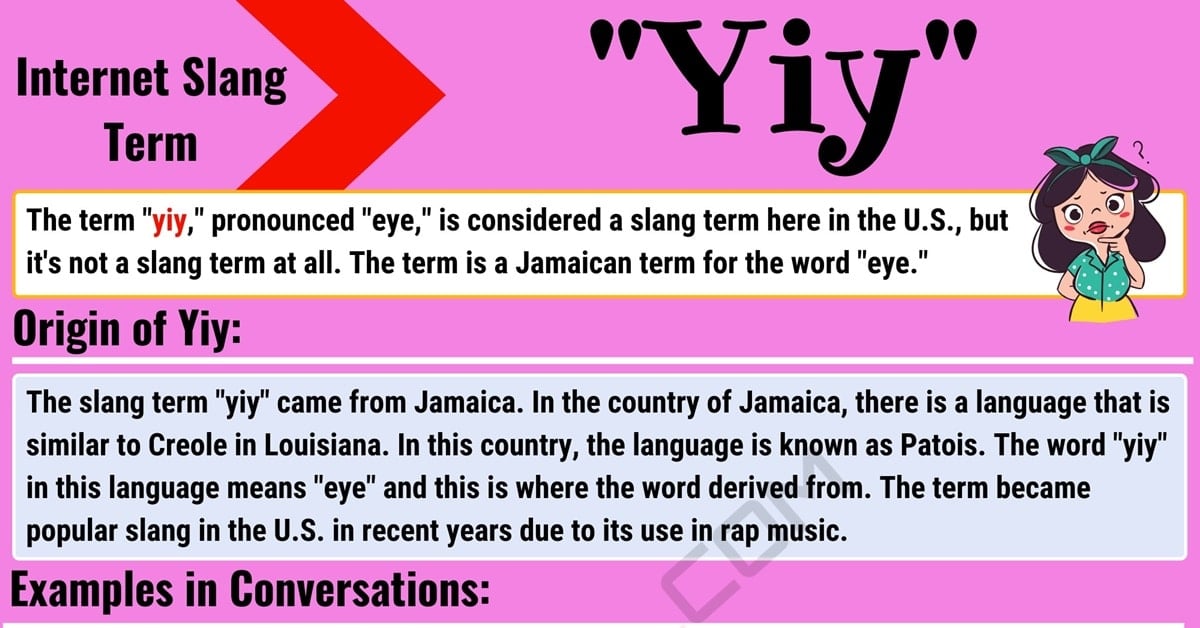 The slang term “yiy” is used popularly today in conversation and music. If you are curious as to what this term means, then stick around. Here you will not only discover the meaning of this term, but you will also find some information on its origin if it is available and learn if the term has any additional meanings. You will also find some example conversations so you can see how to correctly use this phrase in context and some alternative words or phrases you can use in its place to relay the same meaning.

The term “yiy,” pronounced “eye,” is considered a slang term here in the U.S., but it’s not a slang term at all. The term is a Jamaican term for the word “eye.”

The slang term “yiy” came from Jamaica. In the country of Jamaica, there is a language that is similar to Creole in Louisiana. In this country, the language is known as Patois. The word “yiy” in this language means “eye” and this is where the word derived from. The term became popular slang in the U.S. in recent years due to its use in rap music.

One contributing user to the site Urban Dictionary states that the slang term can also mean the opposite of the word “yay” and is used to express disappointment rather than excitement.

There are a limited number of ways that you can use other words in the place of the term “yiy” and still relay the same meaning. Some of the ways you could do this though include: 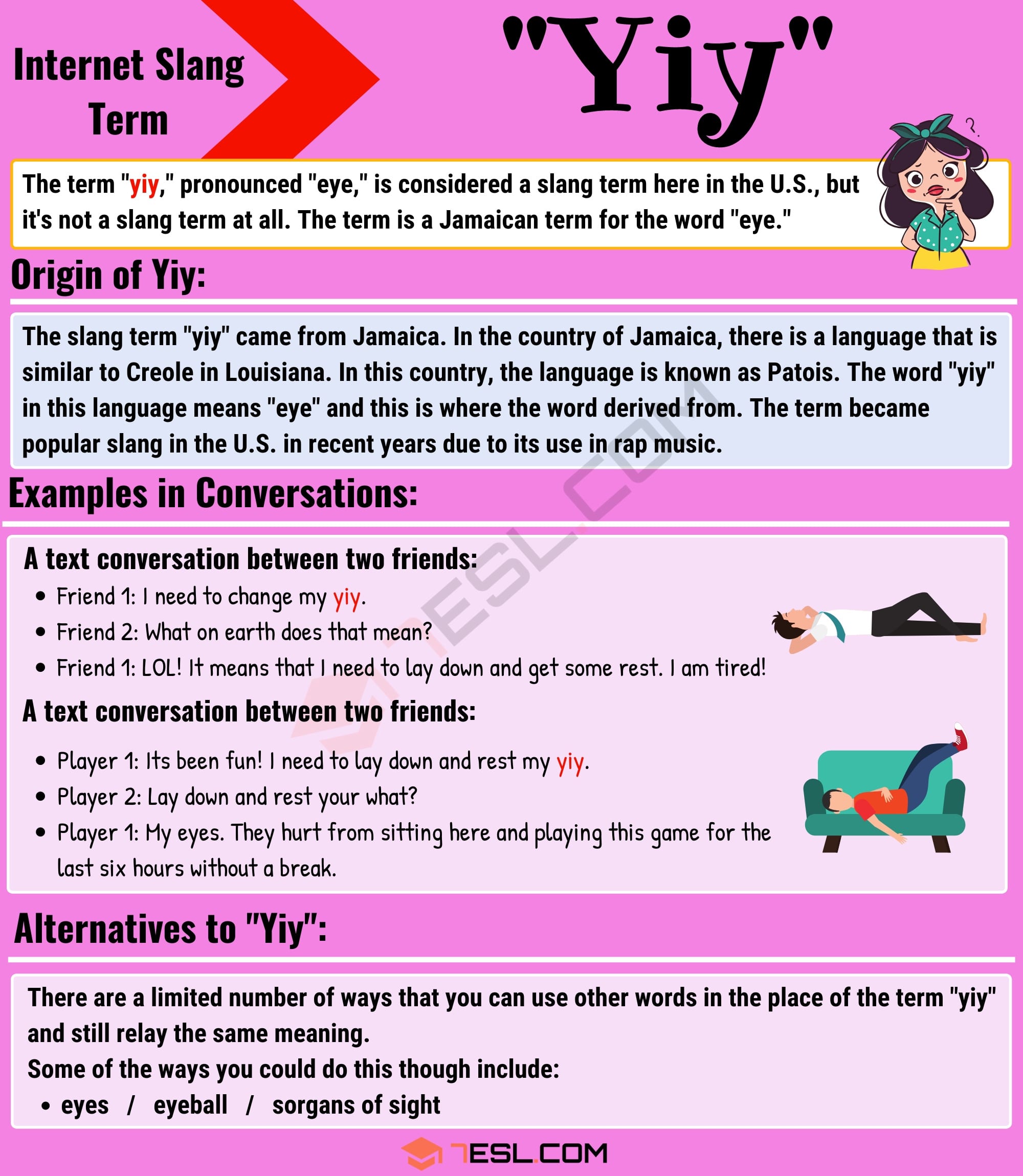