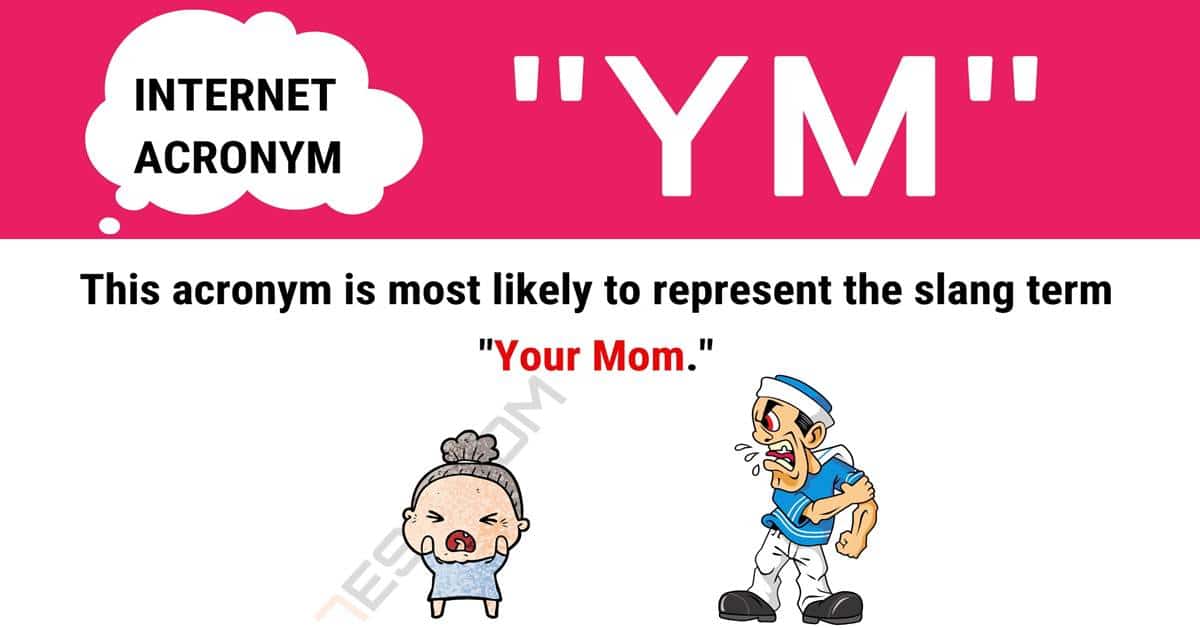 The acronym “YM” represents a popular phrase that has been used for many years. If this is your first time encountering the acronym and you have been left wondering about its meaning, then you have journeyed to the right place. Here you will not only locate the definition of this term, but you will also learn the story of its birth and other meanings that it can possess. There are also some example conversations offered for your reading pleasure so you can understand its meaning better. Finally, you will discover suggested synonymous phrases that can be used to replace the original that will not change the meaning.

What Does “YM” Mean?

This acronym is most likely to represent the slang term “your mom.” It is generally not used in a good way to refer to someone’s mother, but rather as a sort of comeback when someone else says something rude to offend you.

The phrase “your mom” was derived from a game called The Dozens which dates back to at least the 1920s. This game was typically played by African American people in urban areas. Two players would face off slinging insults back and forth directed at one another for fun. The game was based on improv and for added difficulty sometimes involved rhyming. The insults typically involved appearance, style, and many other aspects including insulting one’s mother. The phrase “your mom” was derived directly from this game and became popular in the 1990s via television shows like In Living Color and Yo Momma.

As with a majority of other acronyms, this one can also be used to represent a vast number of different things like phrases, technical or official names of things, and much more. Some other things that is acronym can represent are “Yahoo! Messenger,” “Yahoo! Mail,” “Youth Ministry,” “Young Money,” and “Young Mafia.” These are just a small handful of examples that this acronym can represent. There are also many more, but too many to mention them all by name here.

There are several synonyms for this acronym and the phrase that it most often represents. Some other phrases you could use include: 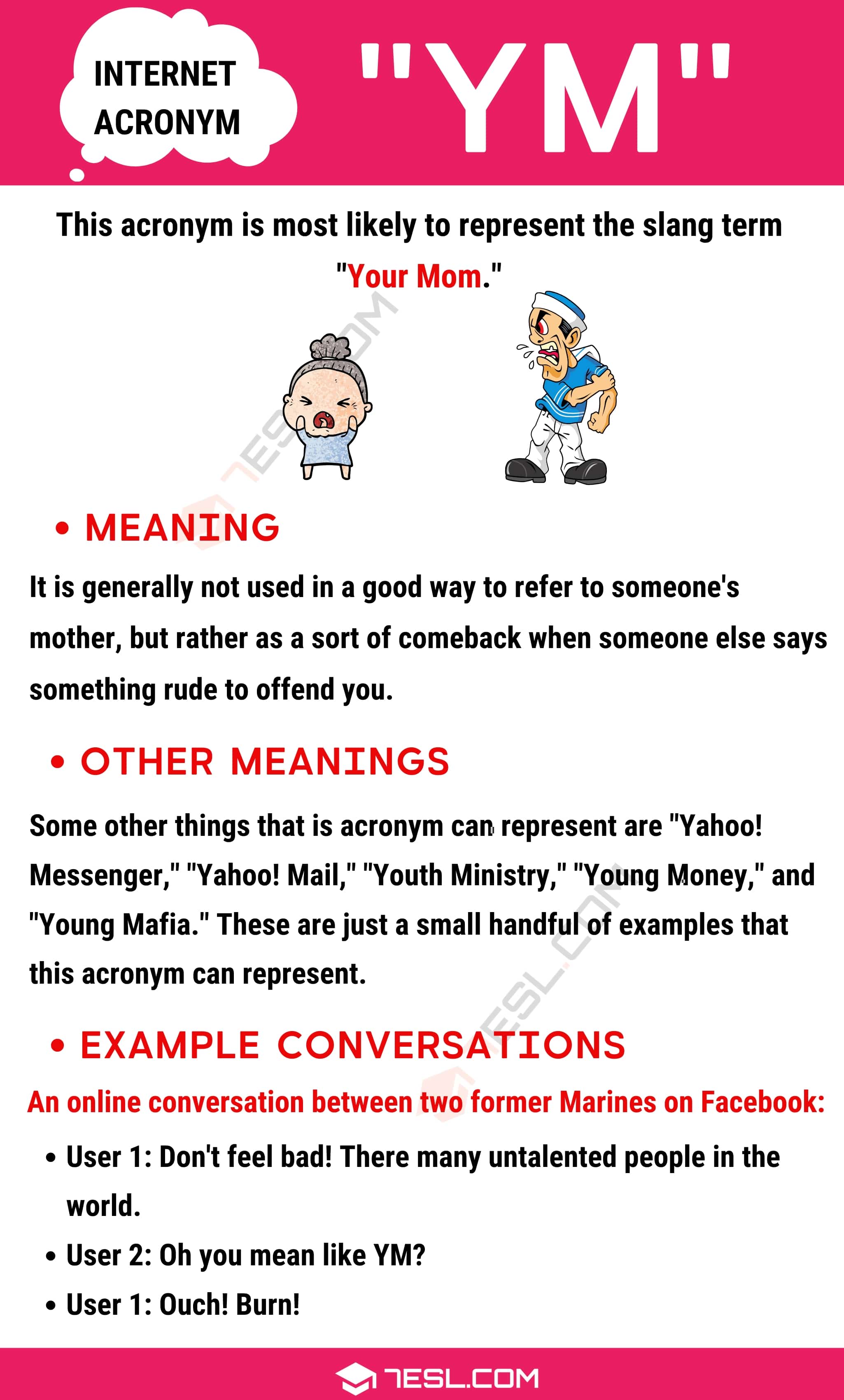