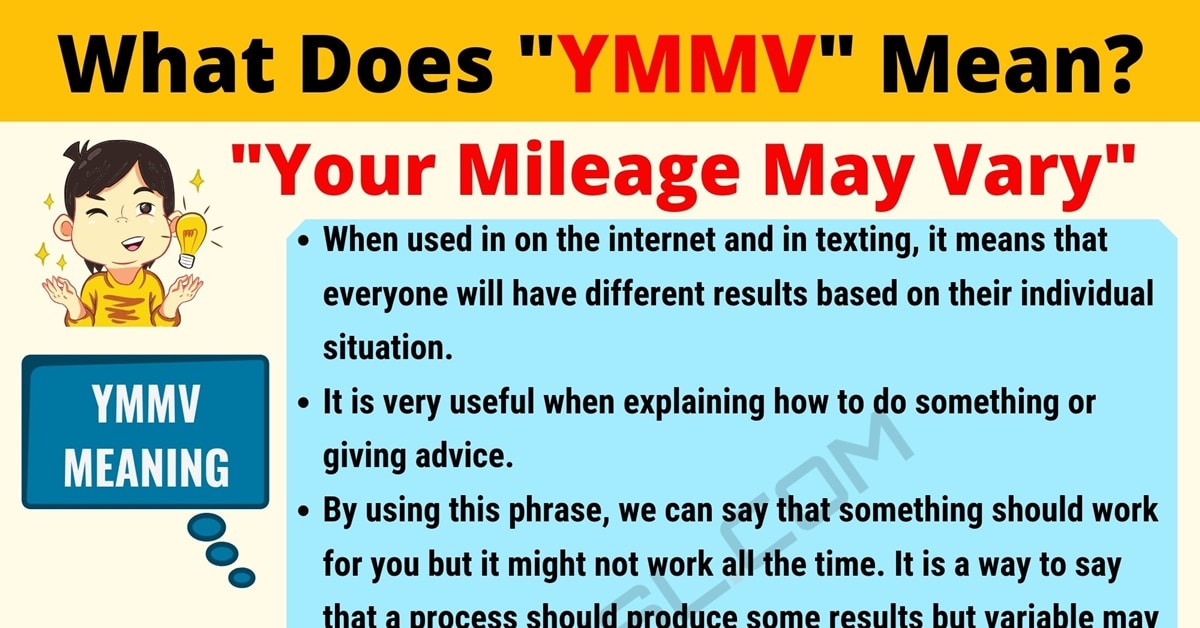 What does YMMV mean? What does the abbreviation YMMV stand for? Learn the definition of this internet slang term with conversation examples and ESL infographic.

What Does YMMV Mean?

“YMMV” stands for “your mileage may vary”.

This expression was made popular by the automobile industry in America. “Your mileage may vary” would appear at the end of advertisements. This is to say that the car had an advertised mileage or a certain distance it could go based on how much fuel was used.

When used on the internet and in texting, it means that everyone will have different results based on their individual situation.

This phrase can be used in emails, texts, and social media. It is very useful when explaining how to do something or giving advice.

By using this phrase, we can say that something should work for you but it might not work all the time. It is a way to say that a process should produce some results but variables may change the outcome.

In this post, we see that both the poster and the commenter had similar experiences in Australia. The commenter said stated “YMMV” to show that while it is easy to make friends in Australia. people have to put in a certain amount of effort to get the desired result.

Here we see a conversation between two people about a trainer at a gym. Texter 2 is enjoying working with this trainer. He is having a good time, but he used this internet abbreviation to show that the gains a person may receive from training with this person will vary based upon how much effort they put into each training session. 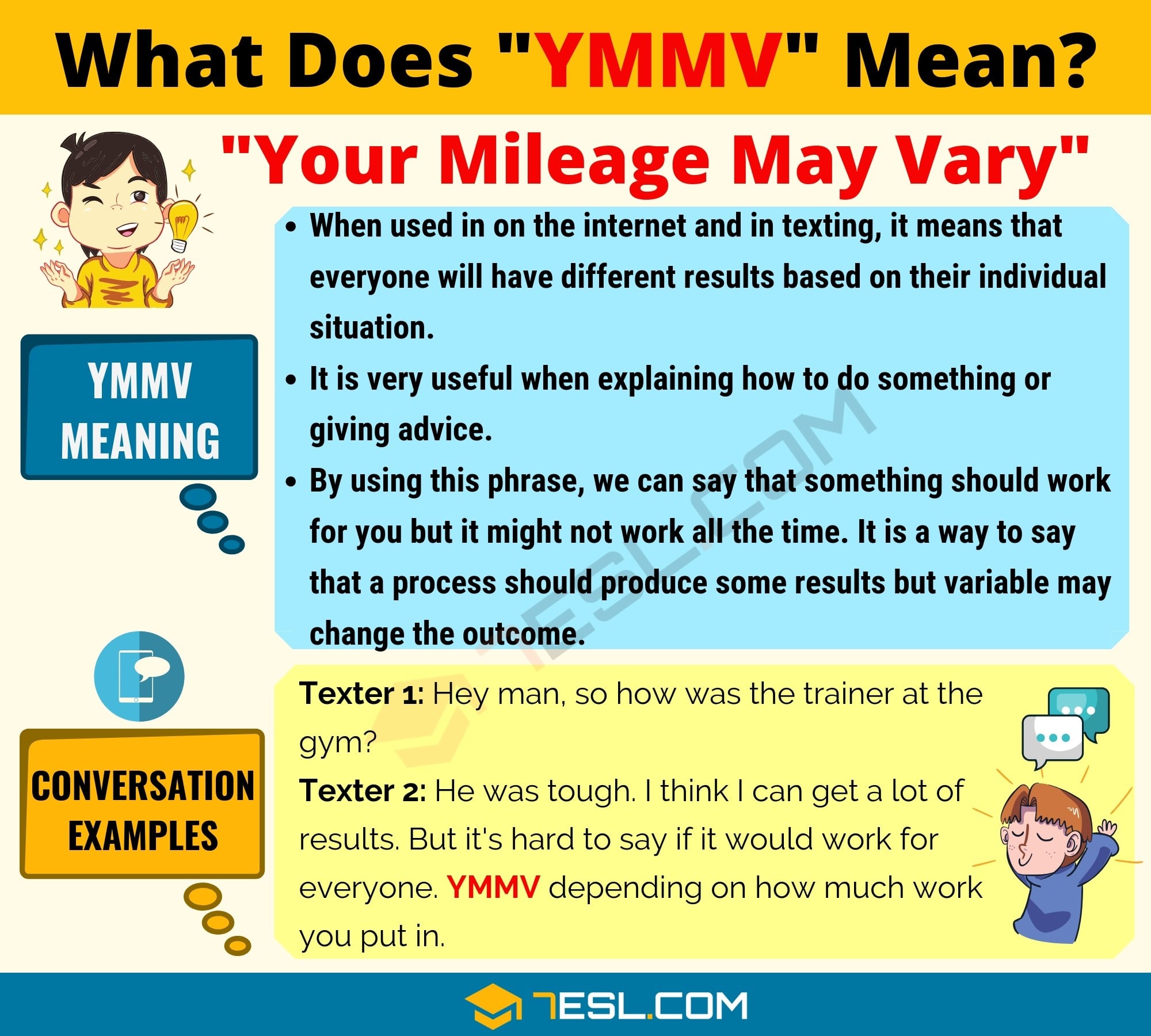