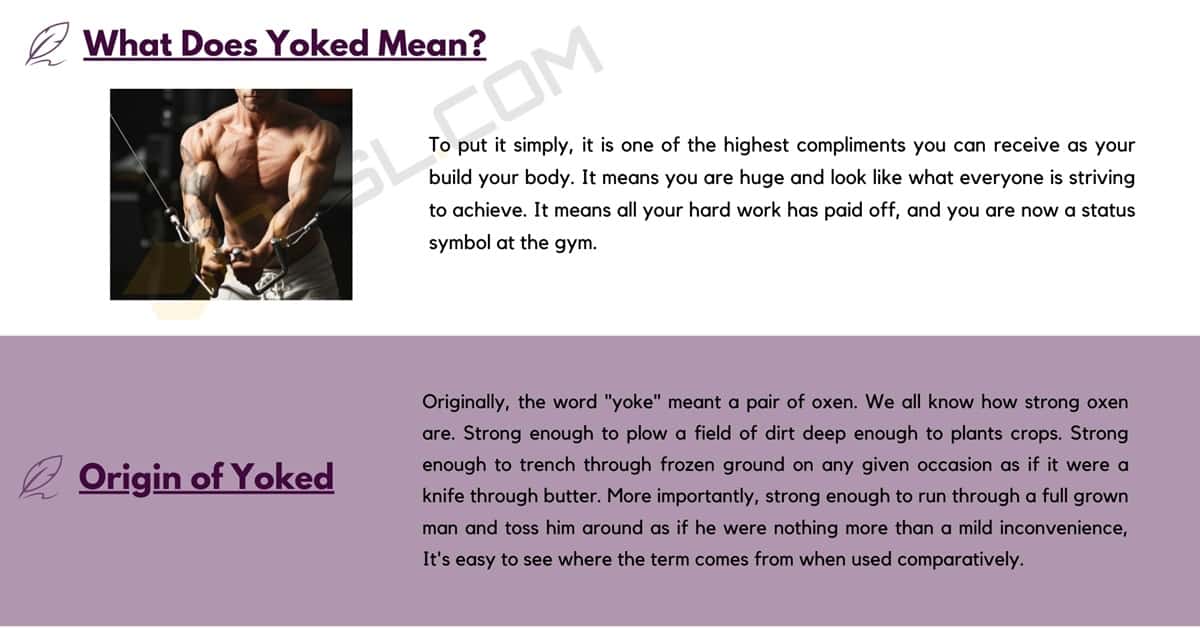 What does yoked mean? You hear a lot of interesting sounds when walking into a gym. Weights slamming, the grunts of individuals putting everything they can into a lift, and what seems to be more common: the chatter. People love to talk. Walk around, exposing biceps and pectoral muscles. More importantly, people love to fish for compliments. Terms like “Big man,” “Boss,” and “Beastmode,” are thrown around regularly, but there is one that stands out….”yoked.”

What Does Yoked Mean?

So what does “yoked” mean exactly?? Is it a compliment? Is it an insult? To put it simply, it is one of the highest compliments you can receive as your build your body. It means you are huge and look like what everyone is striving to achieve. It means all your hard work has paid off, and you are now a status symbol at the gym.

Where Did the Word Come From?

Originally, the word “yoke” meant a pair of oxen. We all know how strong oxen are. Strong enough to plow a field of dirt deep enough to plants crops. Strong enough to trench through frozen ground on any given occasion as if it were a knife through butter. More importantly, strong enough to run through a full grown man and toss him around as if he were nothing more than a mild inconvenience, It’s easy to see where the term comes from when used comparatively.

After going to the gym for a short period of time, you start to pick up on the slang being thrown into conversations. “What’s up big man?” “Dude, you’re looking SWOLE lately.” “Hey man, your chest has been looking STACKED ever since you started upping your chest workouts.” “Dude, do you see that guy over there? That guy is JACKED.” All of these are acceptable replacements for “yoked,” but this writer still believes that being “yoked” is still the highest compliment you can receive.

Other Meanings of Yoked

Personally, I had only heard of term being used to describe myself at the gym. Numerous times I had been called “yoked.” Upon further investigation, I have learned the term typically has three meanings. The first being the device that had joined oxen and other farm animals. The second meaning as is used to describe a muscular individual. Lastly the third term is used to describe an attachment between people. A simple example of the third meaning would be describing a group of people constantly being seen together.

When is It Proper to Use the Term?

Unless you work on a farm, the most socially acceptable place to us the word is the gym. The gym is the ULTIMATE place to throw that word around. In an environment where ego and superficiality reign supreme, being complimented is the driving force for most of the people to continue to work their butts off in the gym. So go ahead, make a new friend today. Tell someone they are looking “yoked, or “yoked up.” Find out how it feels to be called “yoked.” 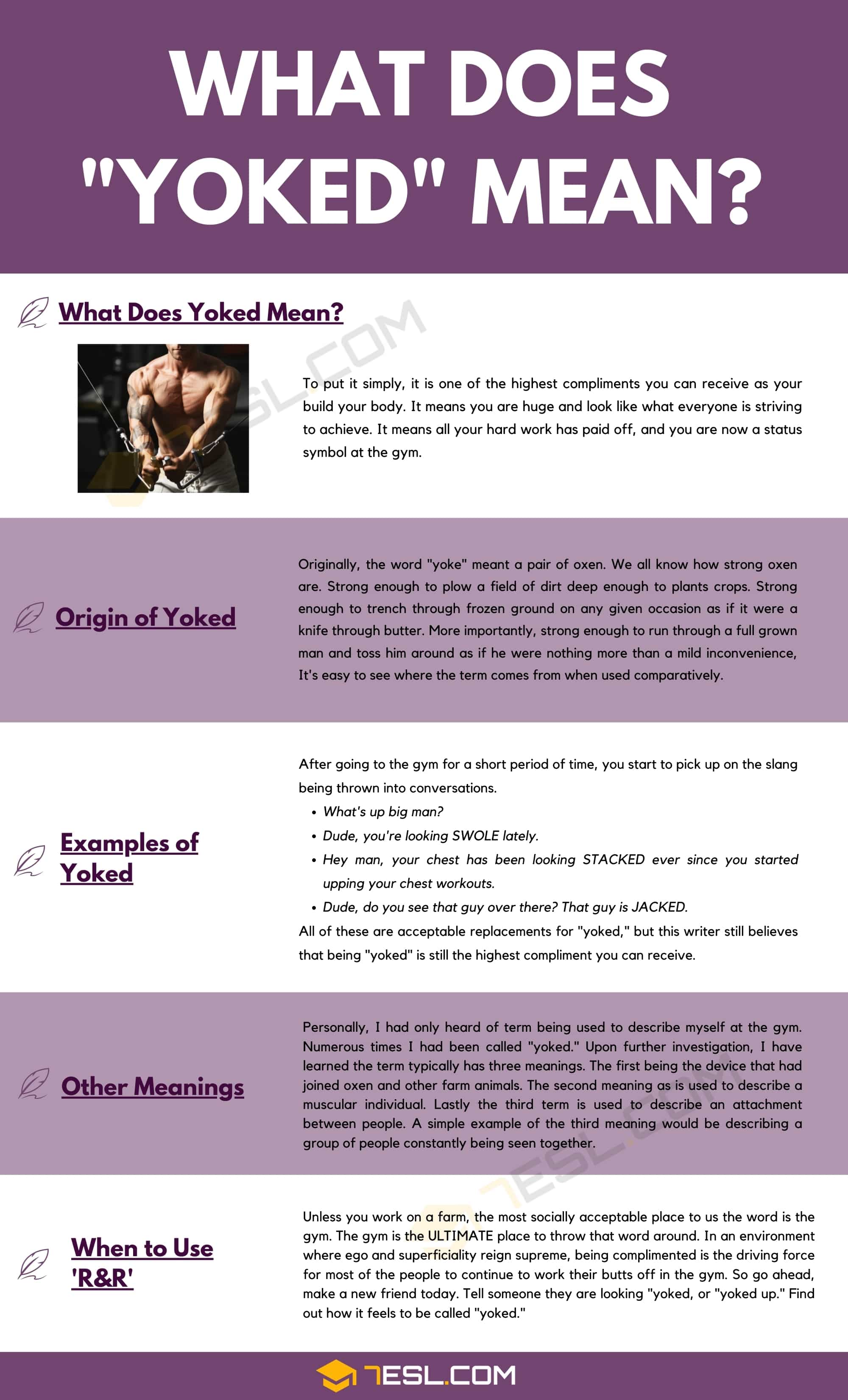