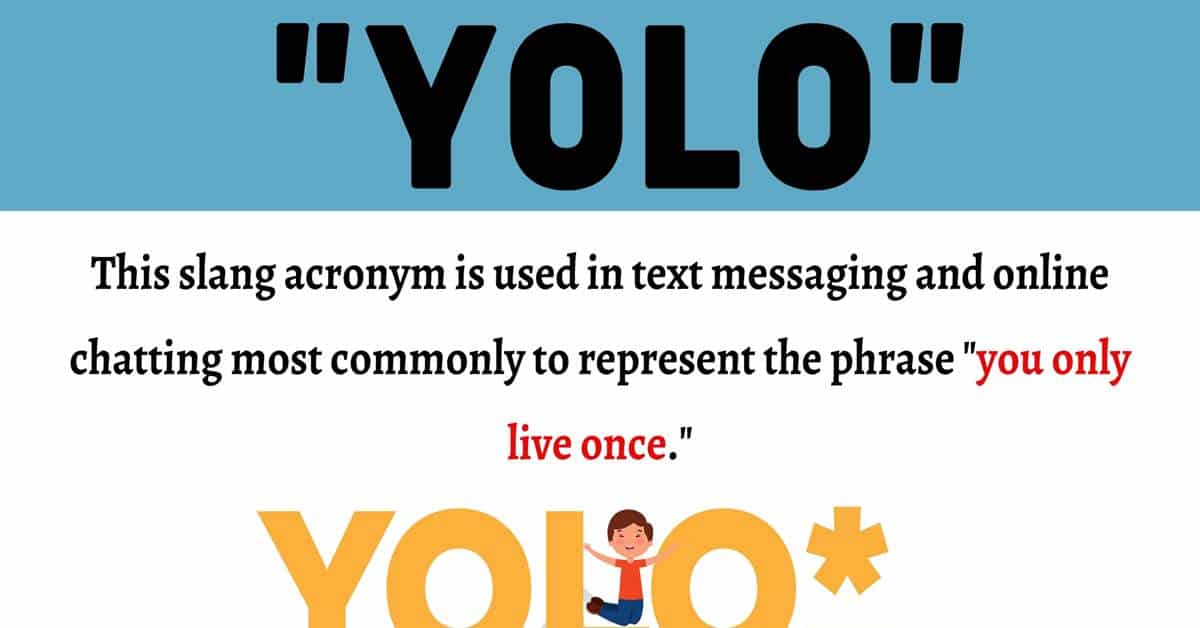 “YOLO” is one of those internet slang words that nearly everyone is familiar with whether you have used it yourself or not. However, if you have just recently encountered this term for the first time and came here searching for it’s meaning, then you will not be disappointed. Below, you will obviously find it’s definition, it along with that you will also find information about is first usage and some other meanings. Example conversations have been provided for you also so that you may gain an even further understanding of how to use this term in conversation. Finally, you will explore some synonyms that can be used in place of this term because they will not change its meaning.

What Does YOLO Mean?

This slang acronym is used in text messaging and online chatting most commonly to represent the phrase “you only live once.” It is used to express that someone only has one life to live and should take advantage of the exciting opportunities they at offered, no matter how big or small, because you may not have the opportunity may not present itself again in their lifetime.

This slang term was originated by the Canadian rap artist known as Drake in 2011. It was a term he used as part of the lyrics in a song titled The Motto which appeared on his album titled Take Care.

A discussion between father and son via text message. 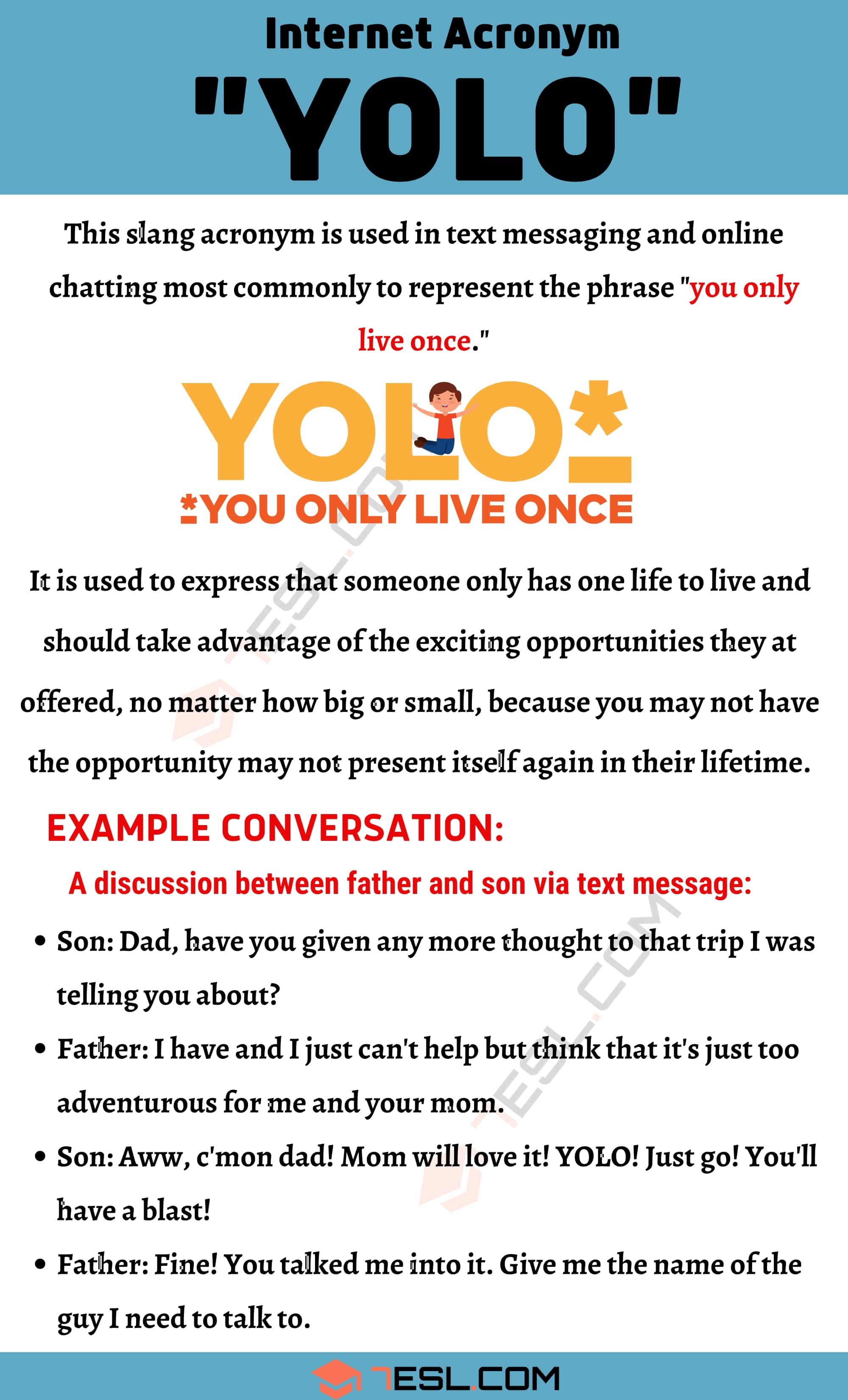