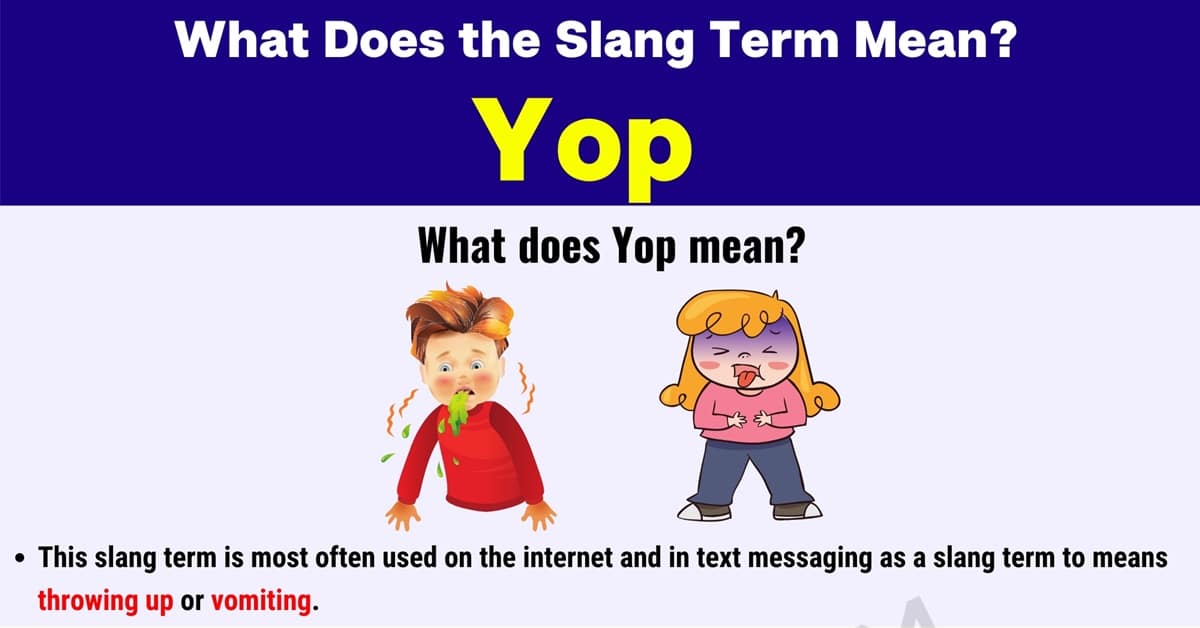 The slang term “yop” is used to represent a word that most people do not like to discuss much because is kind of gross. If you encountered this term and were wondering its meaning, then you have come to the correct location. Below, you will find the details that define this term including its meaning, origin, and other meanings.

You will also see some example conversations that illustrate this term’s proper usage while helping to convey its meaning. You will finally encounter some synonyms that you can use in place of this term without changing its meaning.

What Does “Yop” Mean?

This slang term is most often used on the internet and in text messaging as a slang term to means throwing up or vomiting.

There are no specific details that can be found regarding the first usage and subsequent popularity of the use of this slang term.

A brief search of the internet reveals that this slang term can also be used as a standalone term to mean another form of the word “yup” or “yep.” The term can also be used as an acronym to represent some more specific phrases and titles to be used in more specific scenarios such as “Year of Publication,” “Year of Pleasure,” “Youth Opportunity Program,” “Yearly Operational Program,” and “Youth Orchestra Program.” There are other things that can be represented by this term when used as an acronym as well, but there are too many to make this an all-inclusive list.

There are several words that you can use instead of using this term to convey the same meaning. Some of the other words you can use include: 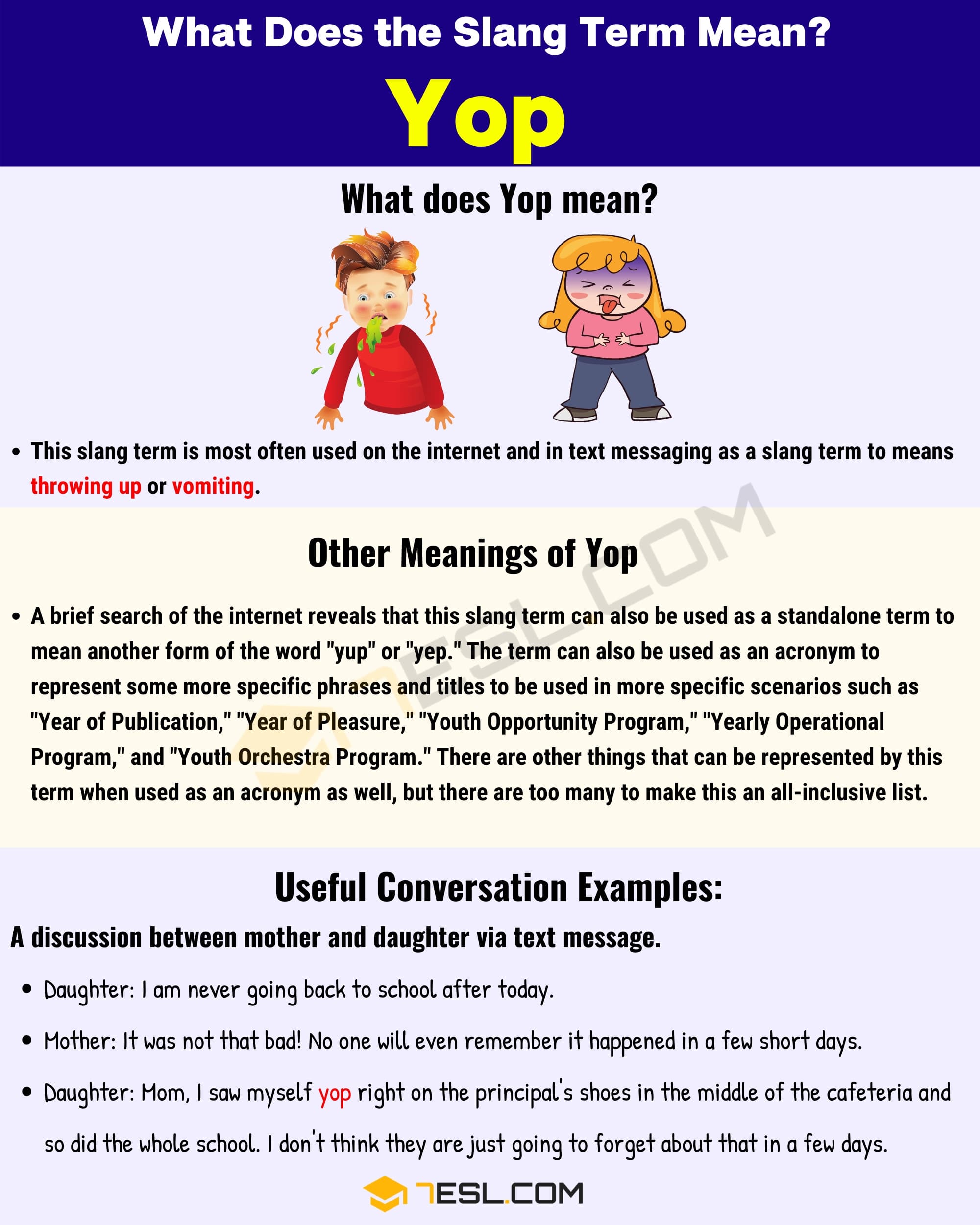