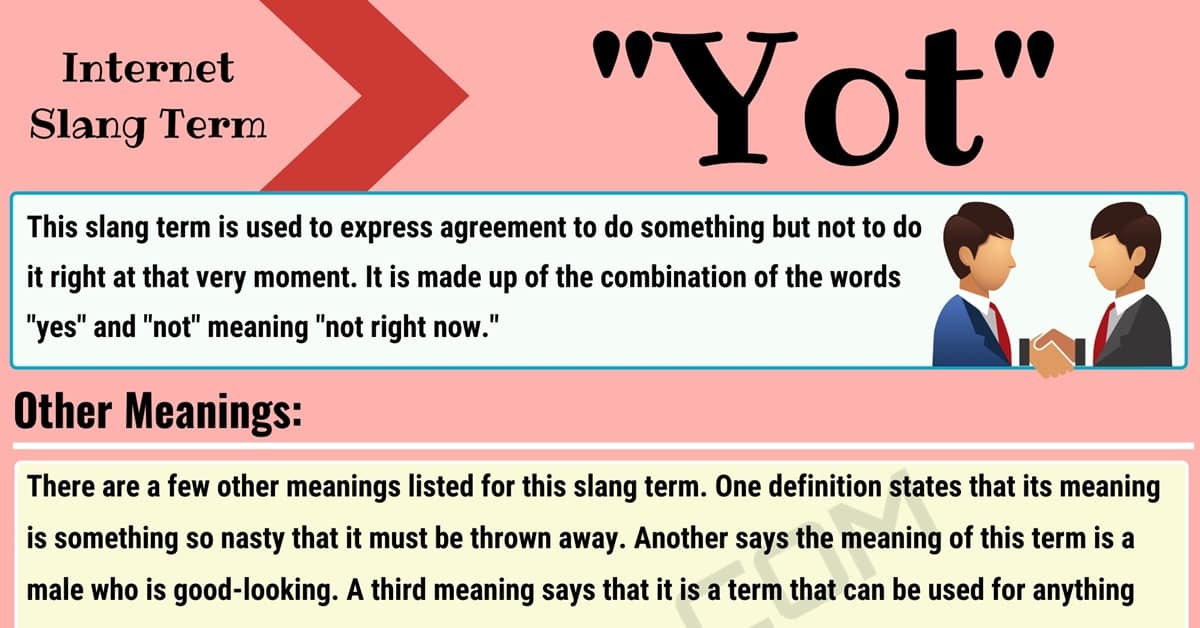 The internet slang term “yot” is a word that seems to have multiple meanings and which one is being used has to be determined by the context that the term is being used in. This article will focus on the most common meaning of this term.

It will also provide you with some additional information about this term including its origin and some other meanings. Conversation examples are provided for your convenience as well so you can see how the term is used in a conversation. Finally, you will see some phrases that you can use in place of this term to convey the same meaning.

What Does Yot Mean?

This slang term is used to express agreement to do something but not to do it right at that very moment. It is made up of the combination of the words “yes” and “not” meaning “not right now.”

There is no specific origin information available concerning the first usage of this term. However, it can be said that it has been used in the manner of the meaning above since at least 2009.

There are a few other meanings listed for this slang term. One definition states that its meaning is something so nasty that it must be thrown away. Another says the meaning of this term is a male who is good-looking. A third meaning says that it is a term that can be used for anything and everything. Another said it is a descriptive word for a female with big breasts. A fifth says that it is the term used to describe someone who is usually male and has big pelvic muscles. The final definition states that it is the past tense of the slang term “yeet.” 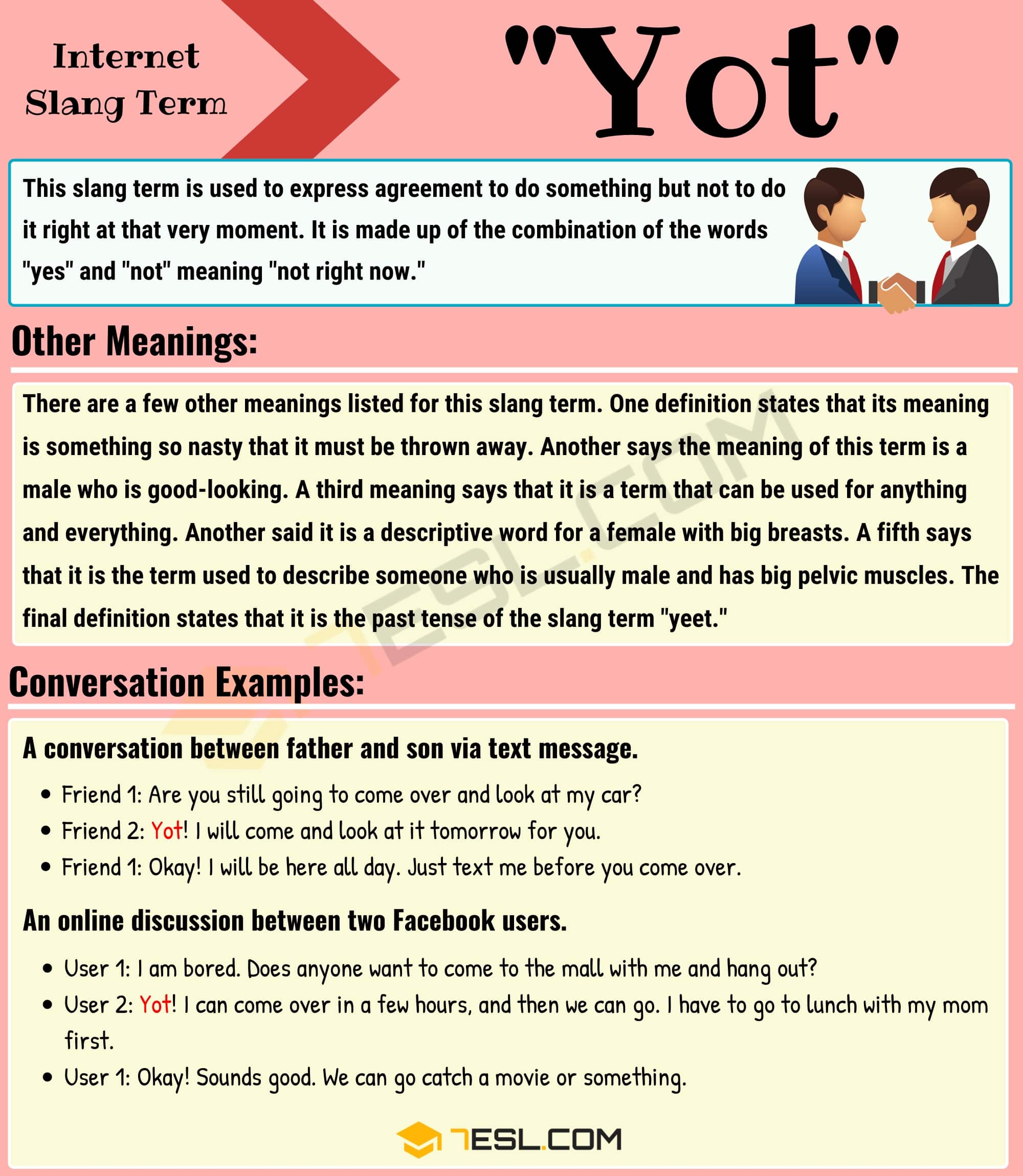