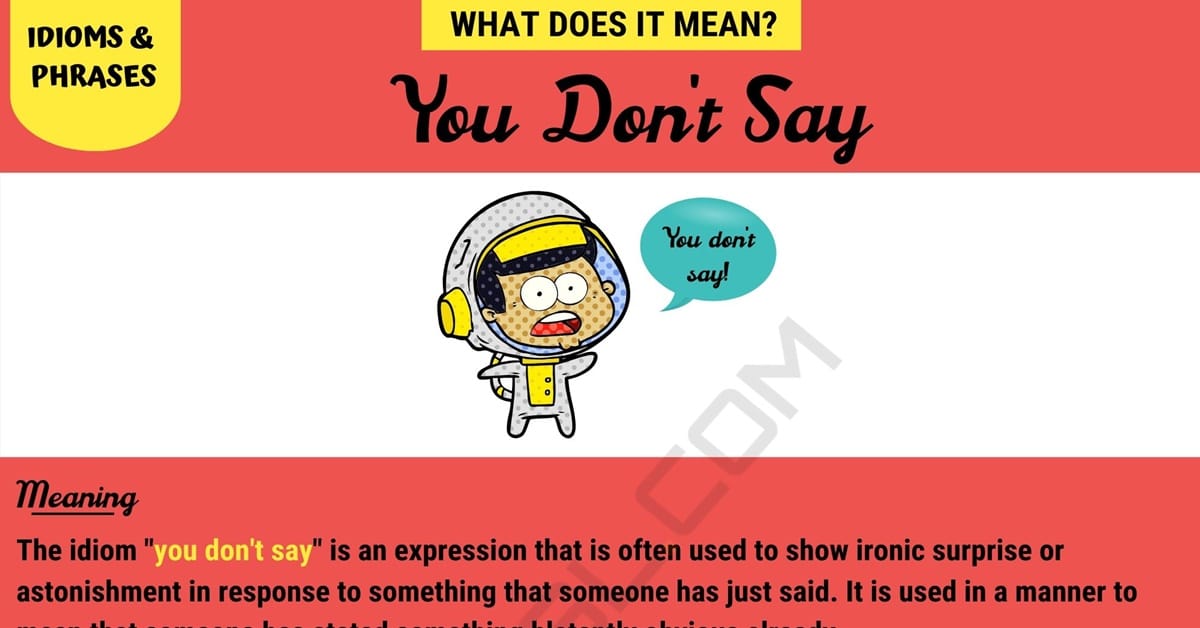 “You don’t say” is a phrase that you will hear or see frequently, as its use is quite common. If you have encountered this phrase being used and wondered about it, you have come to the right place. Here you will find the meaning of this phrase and the information regarding its origin. You will also find some examples of sentences and conversations to help you understand how this phrase is used by others and how you can properly use the phrase for yourself. Finally, some suggestions will be offered that you can use in place of this phrase that will convey the same meaning.

The idiom “you don’t say” is an expression that is often used to show ironic surprise or astonishment in response to something that someone has just said. It is used in a manner to mean that someone has stated something blatantly obvious already.

There is no specific information regarding the origin of the phrase “you don’t say.” However, the phrase may have become popular due to its usage by the well-known British comedian Benny Hill who had a show that ran from 1955 to 1989. The phrase was used in a well-known skit from his show.

Alternatives to “You Don’t Say”

There are several phrases or words that you can use as a substitute for the phrase “you don’t say.” Some of these include:

Meaning of “You Don’t Say” | Image 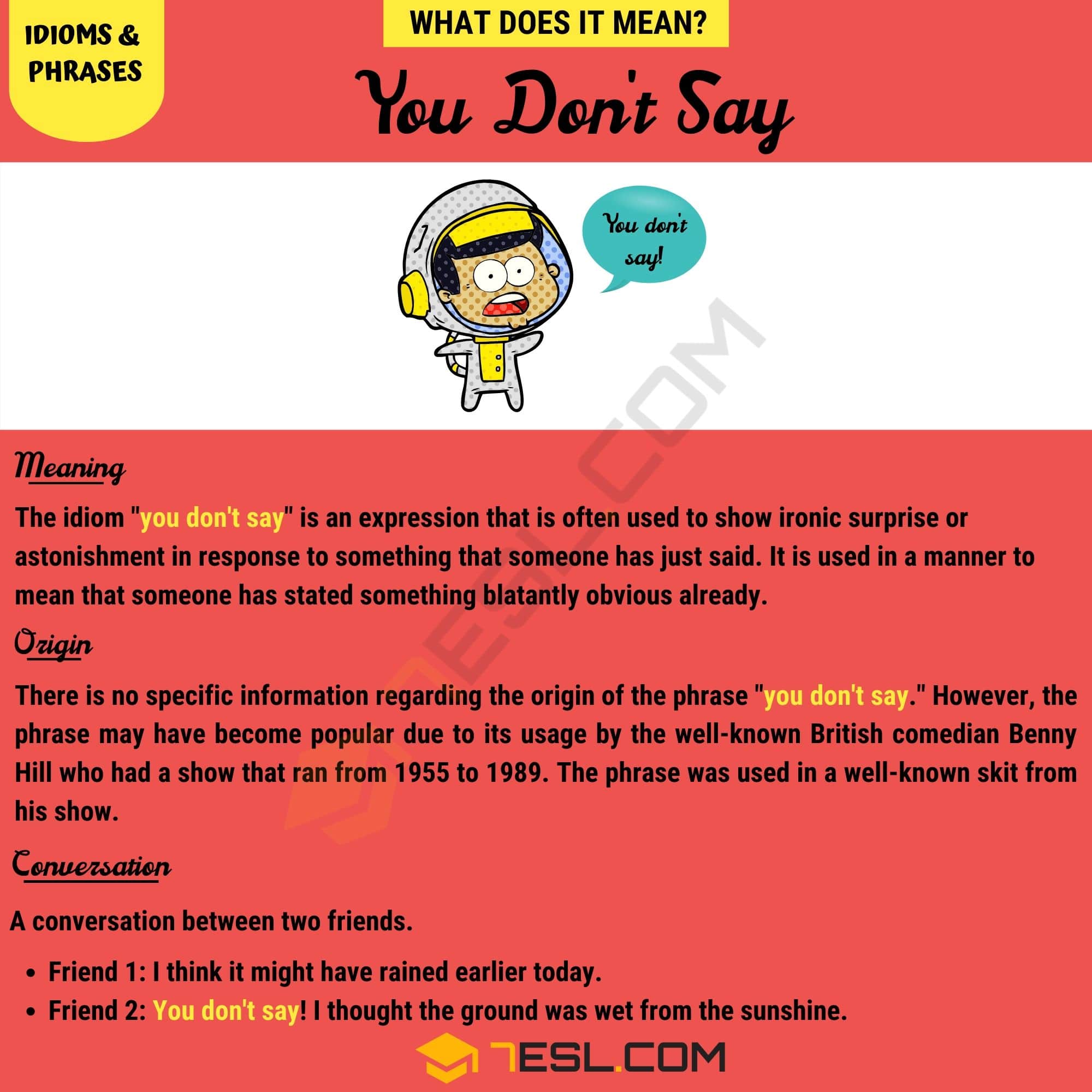