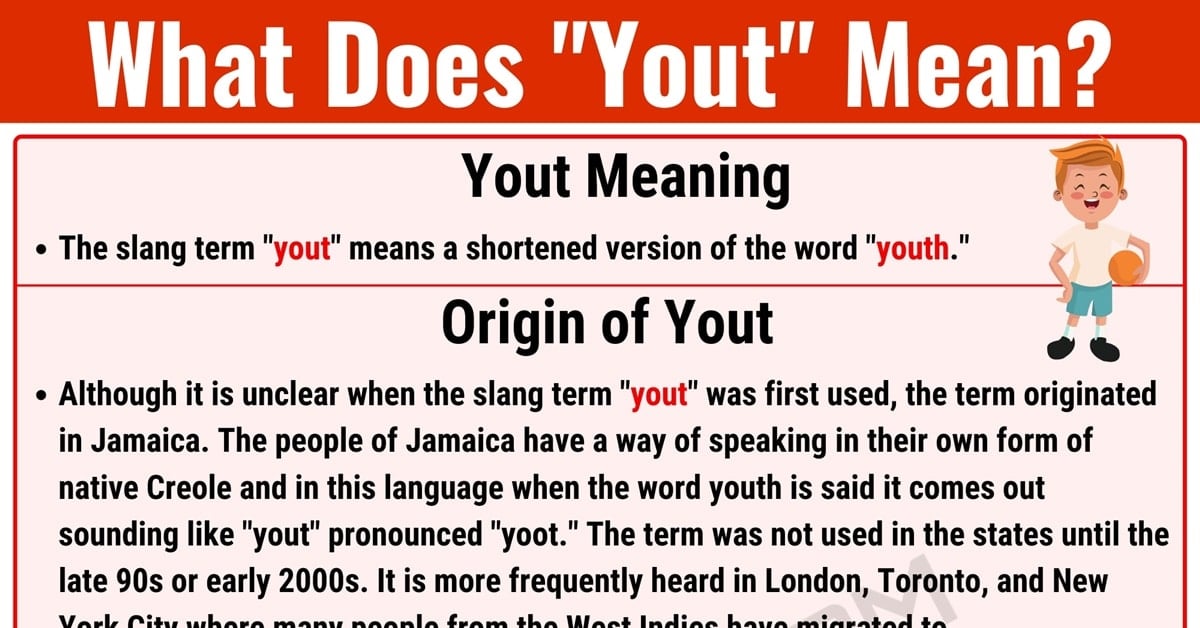 What does Yout mean? You may be familiar with this slang term if you are a fan of the film My Cousin Vinnie. In this film, a New Yorker lawyer travels to Alabama to defend his younger cousin in a bogus murder trial. The word appears in a well-known scene in the movie. If you heard it in the movie or have seen it otherwise and were wondering about this unique term, then your search is over.

Here you will find the meaning, origin, and other meanings of this term if there are any. You will also see some example conversations to help you better understand the term and you will see some alternative words or phrases that can be used in place of this term.

What Does Yout Mean?

The slang term “yout” means a shortened version of the word “youth.”

Although it is unclear when the slang term “yout” was first used, the term originated in Jamaica. The people of Jamaica have a way of speaking in their own form of native Creole and in this language when the word youth is said it comes out sounding like “yout” pronounced “yoot.” The term was not used in the states until the late 90s or early 2000s. It is more frequently heard in London, Toronto, and New York City where many people from the West Indies have migrated to.

There are many different definitions available for the slang term “yout, ” and there is not enough time nor room to mention them all here. Some of the other messages include a tree with only its top branches, a portmanteau of the words “you” and “out” meaning to kick someone out, and a word to use to show disagreement. 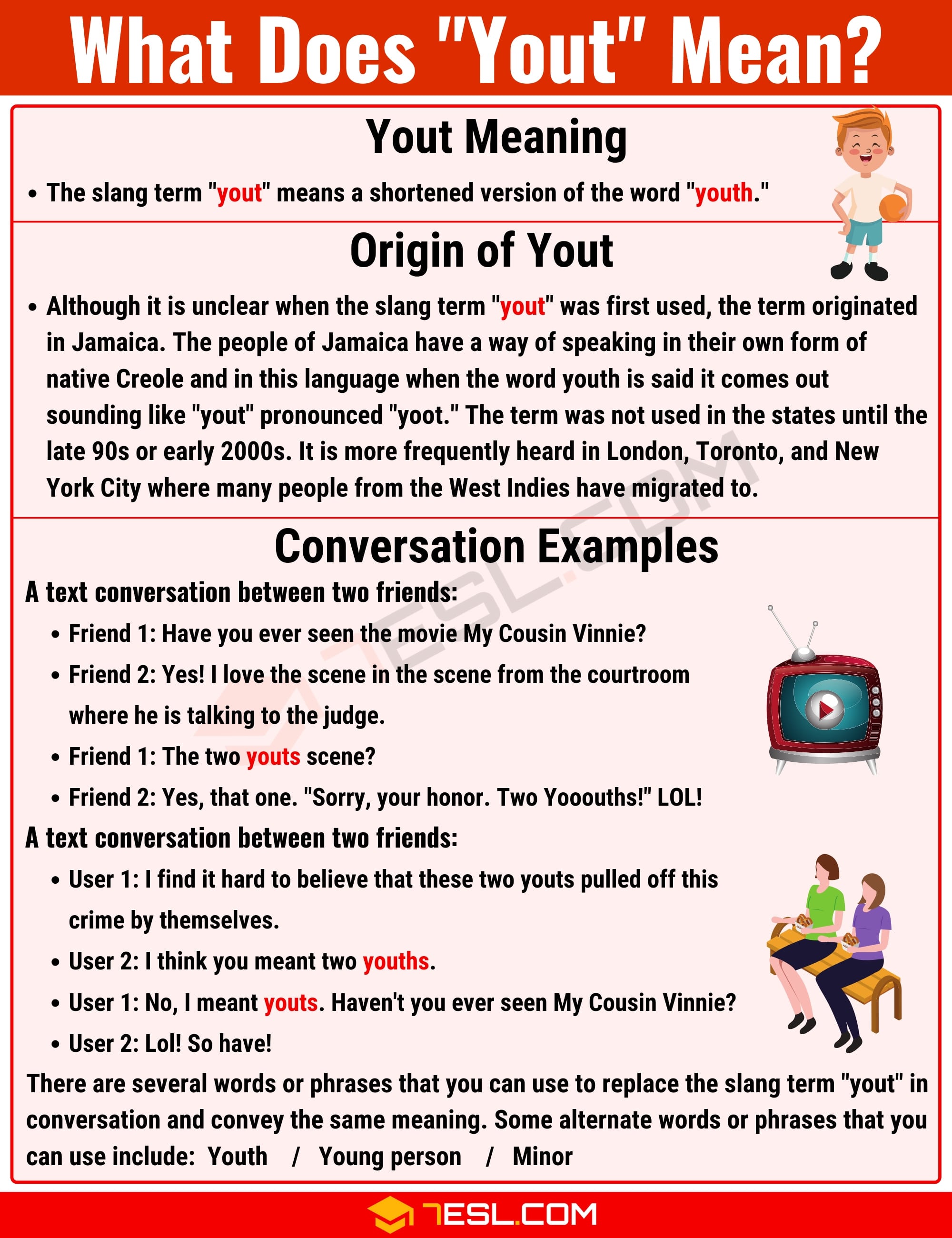