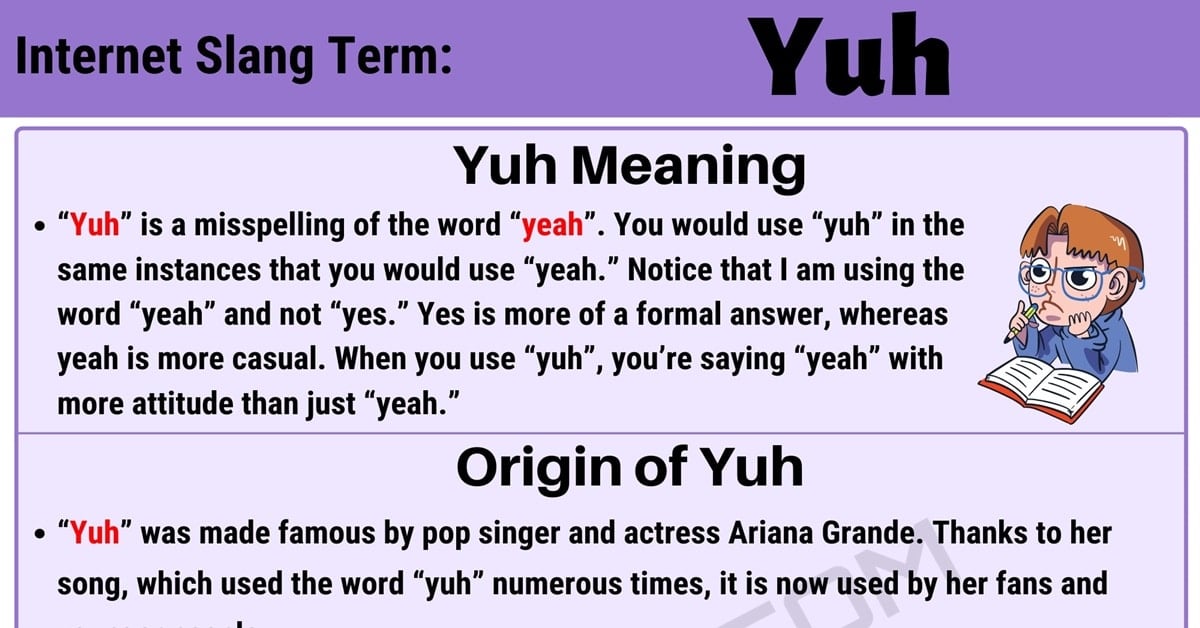 What does Yuh mean? Text lingo can be confusing. You never know if a short word is just a misspelling or an acronym meaning some random thing. Sometimes you don’t know whether to look something up on the internet or just admit it to the person you’re talking to so they can explain it to you. Trust me, I’ve had to do both for weird “words” I didn’t know.

What Does “Yuh” Mean?

“Yuh” is a misspelling of the word “yeah”.

You would use “yuh” in the same instances that you would use “yeah.” Notice that I am using the word “yeah” and not “yes.” Yes is more of a formal answer, whereas yeah is more casual. When you use “yuh”, you’re saying “yeah” with more attitude than just “yeah.”

There are a bunch of different variations of “yuh” and some other non-yuh phrases can also mean the same thing.

“Yuh” can also mean a celebratory “yes”, as when you hear some exciting news. You can also use it as a sarcastic response to a dumb question or comment. Ways to use “yuh” like this are “yuh duh” or “yuh uh.” “Yuh” can also mean so what and maybe.

“Yuh” was made famous by pop singer and actress Ariana Grande. Thanks to her song, which used the word “yuh” numerous times, it is now used by her fans and younger people.

In this example, Lily has seen a new video released by Ariana, who made the word “yuh” popular. She expresses her excitement to Rachel, who agrees using “yuh” and some more typical teenage slang. 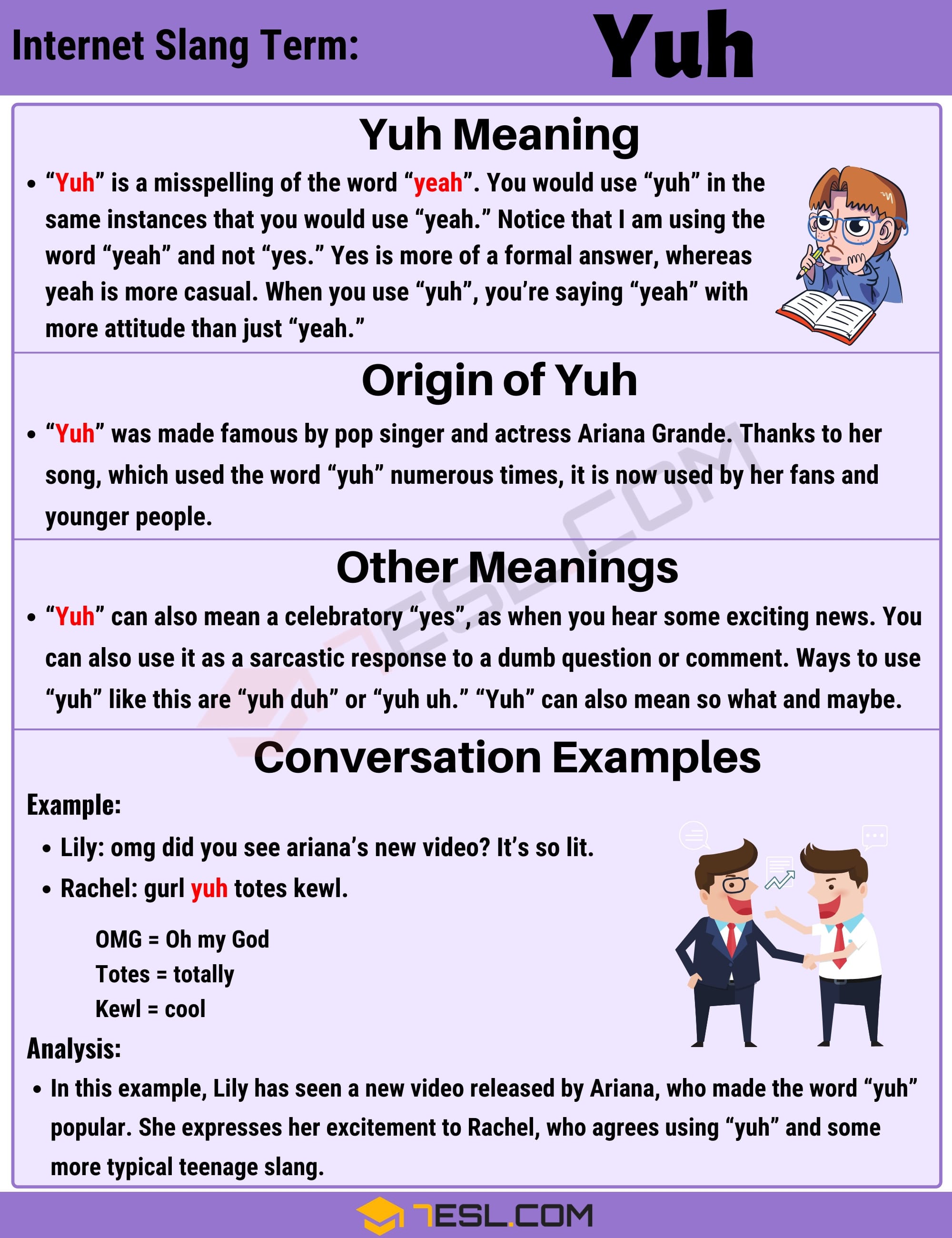