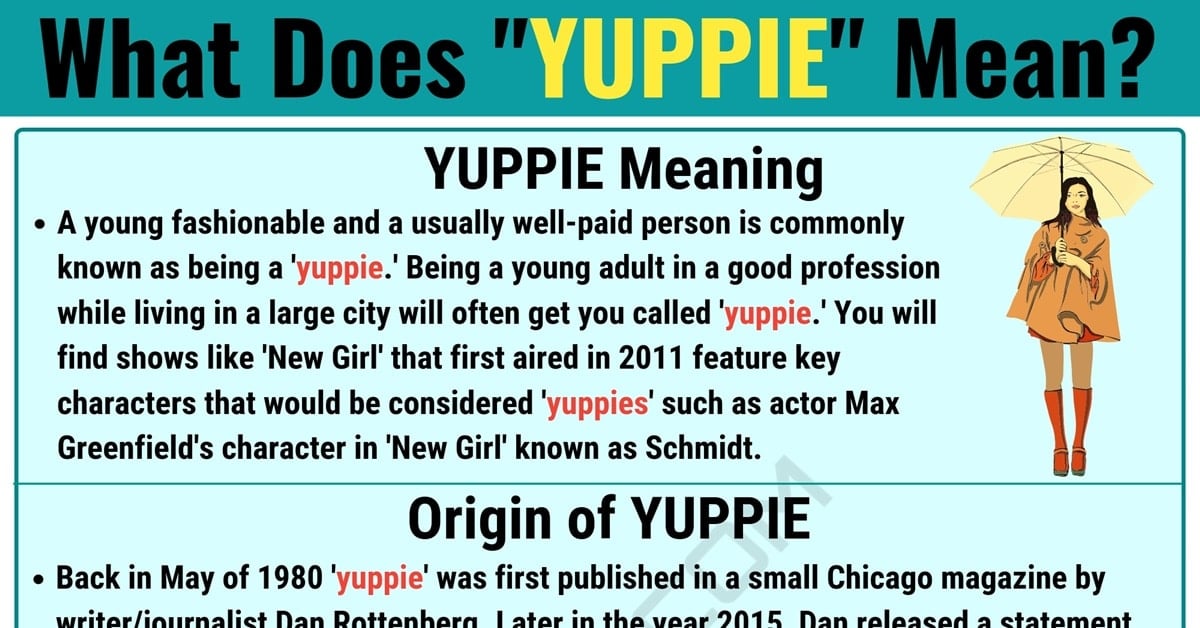 What does Yuppie mean? Find out the meaning of this text abbreviation with interesting conversation examples and ESL infographic in English.

What Does Yuppie Mean?

A young fashionable and a usually well-paid person is commonly known as being a ‘yuppie.’ Being a young adult in a good profession while living in a large city will often get you called ‘yuppie.’ You will find shows like ‘New Girl’ that first aired in 2011 feature key characters that would be considered ‘yuppies’ such as actor Max Greenfield‘s character in ‘New Girl’ known as Schmidt.

Back in May of 1980 ‘yuppie’ was first published in a small Chicago magazine by writer/journalist Dan Rottenberg. Later in the year 2015, Dan released a statement saying he hadn’t invented the word but merely heard it frequently used in Chicago and knew it was the best fit for his article.

All the ways you will find this online slang term in use.

Here you have a simple conversation between a guy and girl about a mutual friend who took a high paying job and became a ‘yuppie’ as he had always wanted.

While watching the company’s website a small group that were all trying for the same position of partner get irritated and annoyed, when their college gets it instead of them, calling him a yuppie because he seems to have it all at such a youthful age.

Here we have a conversation between friends and one gets told he looks like a yuppie, even though he clearly isn’t one. 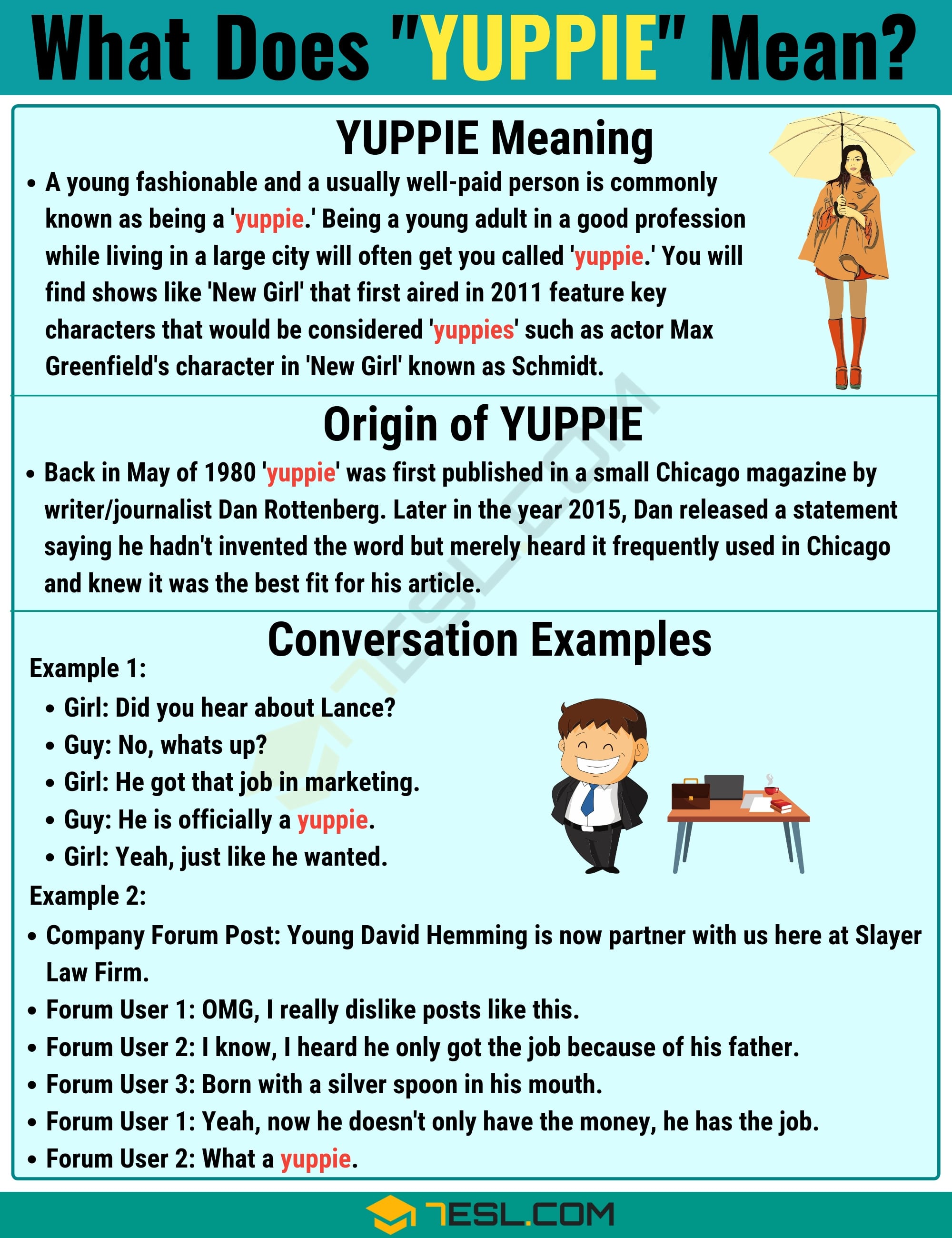