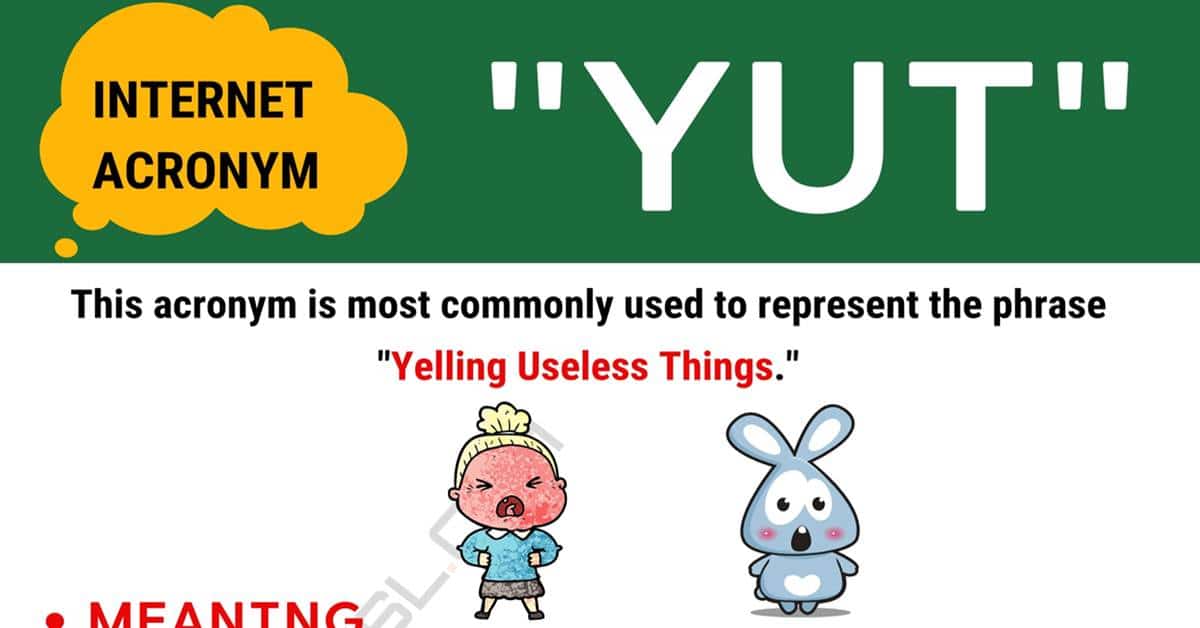 Not many people are familiar with the term “yut” because it is only used in specific circles by specific types of men and women. If you have recently heard this phrase being used and were wondering what it meant, then you are fortunate to have come here to find the answer. Here you will not only find the meanings, but you will also find information regarding the origin of this term and some alternative meanings if there are any to be found. You will also see some example conversations to help you gain a deeper understanding of the term by seeing it used in context. At the end of the article, you will see some synonyms you could use to replace this term if it is possible to do so without changing the meaning of the message the term is used to convey.

What Does “YUT” Mean?

This acronym is most commonly used to represent the phrase “yelling useless things.” It is a typical response given by Marines of the U.S. Armed Forces but is sometimes heard outside of the Marine Corps as well. It is used as a joke among lower-ranking marines to poke fun at their higher-ranking counterparts who seem to yell things for no reason. It is also used to agree to things when someone has no idea what they are agreeing to.

The term originated in the Marine Corps and has been used since at least the 20th century. It is often thought to be a combined expression of the drill command ten-hut or a variant of the word yes. It is also commonly used in replacement of the popular Marine expression oorah!

“Yut” has many other meanings listed on the internet. Some of the more official ones include the name of a Korean board game played most often during the celebration of the Korean New Year. It is also a word used in the UK to describe eating too much or in excess. In the New England states of the U.S., the term is said to be an alternative to the words “yes” or “okay.” There are many other meanings listed also and there are too many to list them all here individually.

An online conversation between two former Marines on Facebook.

Since this is a specific expression only used in the smallest of circles by the U.S. Marines, there are no words or phrases that you could use as a substitution for this term that would still retain the same meaning. 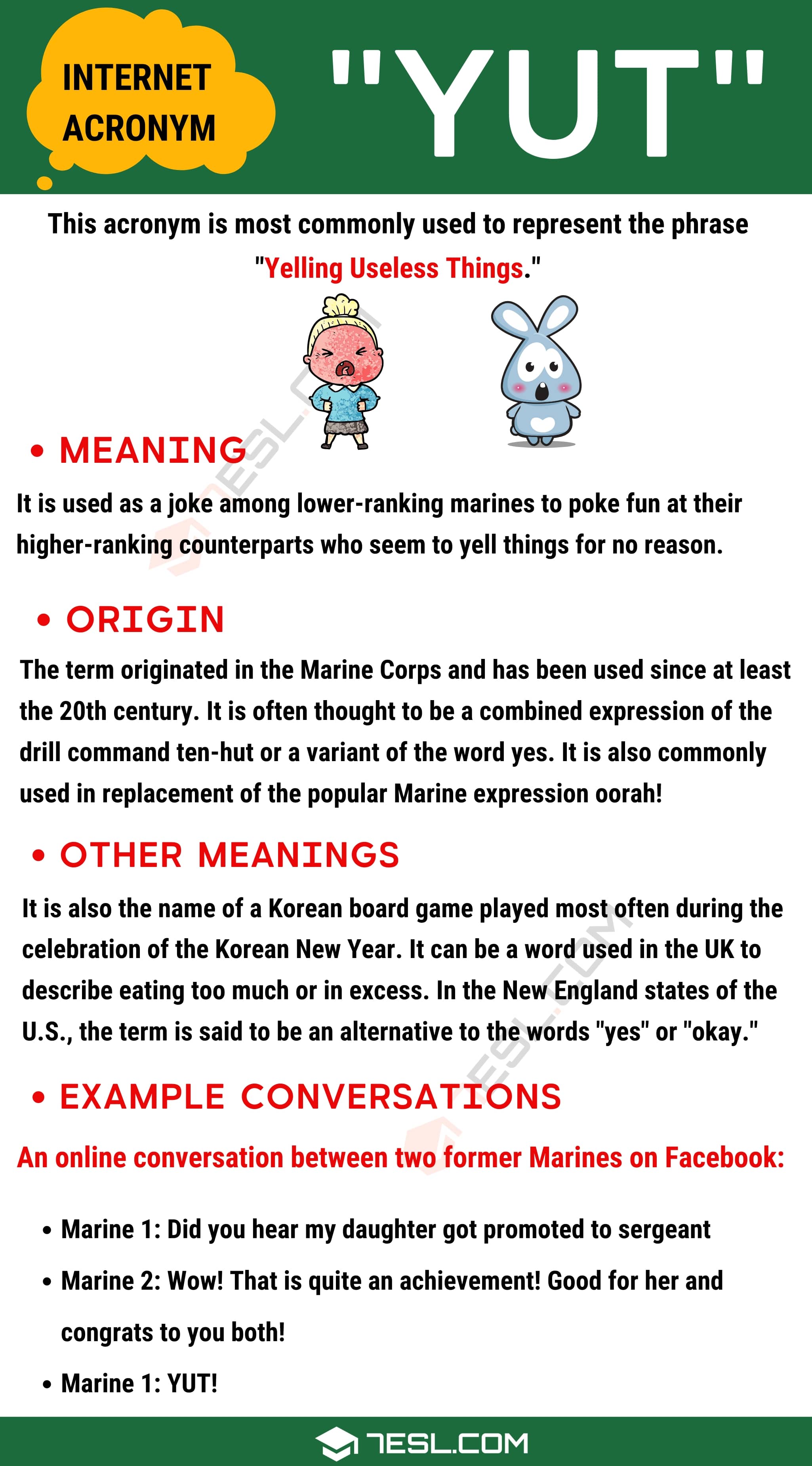