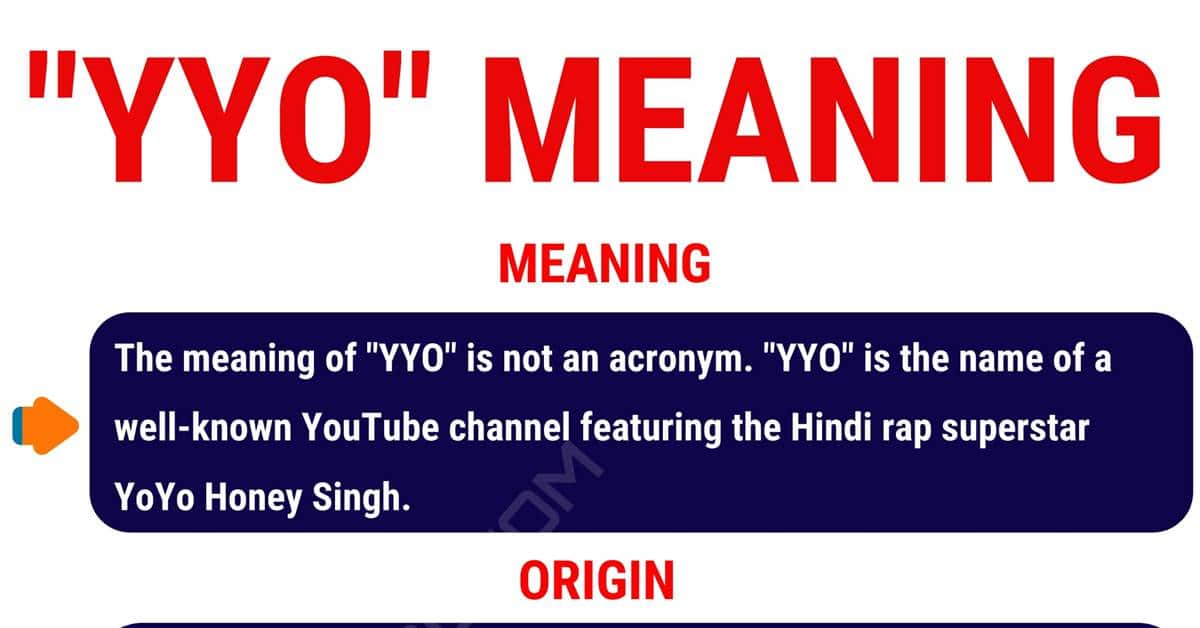 If you have been on the internet and seen the term “YYO” being used, you are probably saying to yourself, “Oh boy! A new acronym for me to figure out!” However, rest assured that this is not another acronym you need to learn the meaning for. Here you will find out the meaning of this term and its origin. You will also see some other meanings if there are any that exist and see the term used in some example conversations. Finally, you will explore some alternative word choices that you can use to replace this term.

The meaning of “YYO” is not an acronym. “YYO” is the name of a well-known YouTube channel featuring the Hindi rap superstar YoYo Honey Singh.

The Hindi rap star Yo Yo Honey Singh was born Hirdesh Singh. He began his career in music, film, music production in 2005 and remained a prominent part of the bhangara music scene until 2014 when he took a small break due to a medical disorder. Before leaving the spotlight though, Singh had produced and directed many music videos. He had also written songs for Bollywood and made his acting debut in a Bollywood film. In 2018, after a great deal of controversy over his songs and lyrics, Singh returned to the music scene and has been writing, producing, and directing til present.

There are currently no other known meanings of the term “YYO.”

An online conversation between two users on a music forum.

Other Ways to Say “YYO” 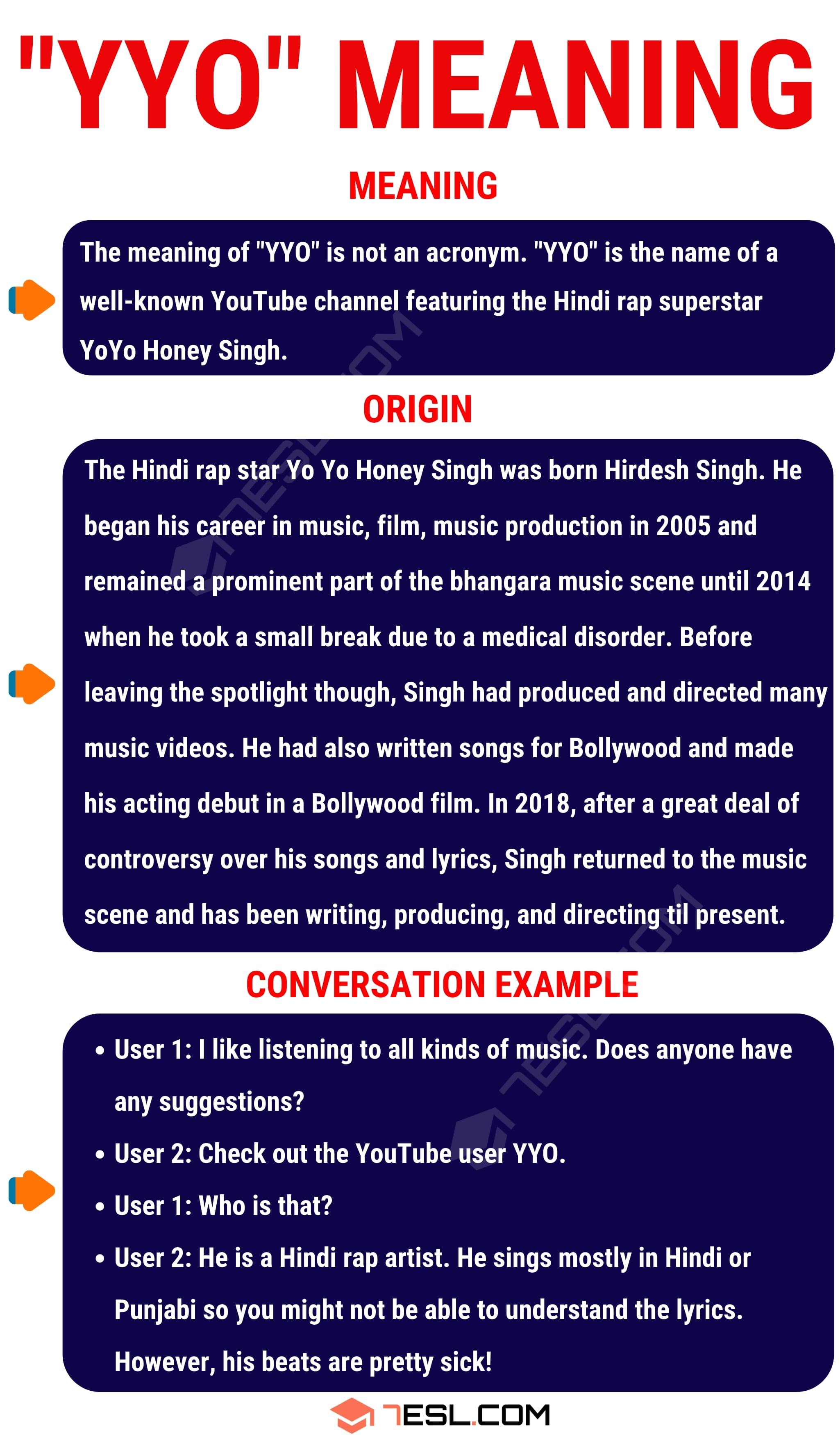